My boyfriend cheated on me with my sister 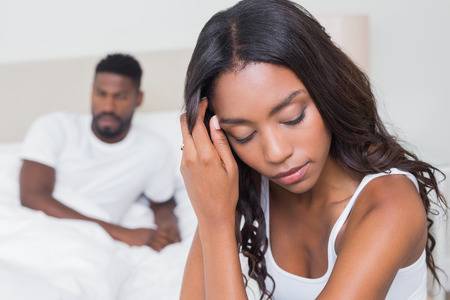 A 28-year-old woman went on the subreddit “r/TrueOffMyChest” to tell her story about the time she caught her boyfriend cheating on her with none other than her sister.

This subreddit is a place for anyone to get whatever they need off their chest in order to provide some sort of catharsis for the heavy weight that they bear.

She and her boyfriend had been going through a rough patch before he cheated with her sister.

“He has been depressed and it has just been a bad year for him his mom died around New Years his dog died in October and 3 weeks ago he lost his job,” the woman wrote in her Reddit post.

Her boyfriend seemed to be having a rough go at life as of late so she decided to give him space, adding that over time, he was able to heal.

“My family started planning a family trip and I asked my [boyfriend] if he wants to come,” she said, “he was hesitant because my [boyfriend] doesn’t get along well with my parents but he agreed to come.”

When the couple arrived at their family’s house in order to group up for the trip, the boyfriend would finally meet his girlfriend’s siblings — a 21-year-old sister and a 25-year-old brother.

“When my [boyfriend] met my sister there was a long hug but then I asked him to help me with my bags just to get it to stop,” she said. “I didn’t want to bring it up because it might make things awkward between them so I didn’t say anything.”

Red flag number one passed by without a word from the girlfriend, but all the fault lies with her boyfriend, especially after what happened later that night.

“We went to bed and I ended up waking up at around 4 a.m. and my [boyfriend] wasn’t there so I looked for him but couldn’t find him so I tried to call him but he left his phone in [our] room,” she continued.

When she went downstairs to investigate her boyfriend’s disappearance, she heard a noise coming from the garage and went in to find her boyfriend hooking up with her sister in the car.

“They looked at me and everyone was lost for words I started yelling at them but then my brother came and when he noticed what just happened he and my brother started to fight,” she explained.

Her sister intervened, but by that point the parents had arrived at the scene as well, yelling at both the boyfriend and the sister before kicking them out of the house.

The girlfriend blocked both her boyfriend and her sister when they tried to contact her.

She decided that she would go home to the house where she and her boyfriend shared and discovered that he had been there waiting for her, begging her not to kick him out.

“He said he was depressed and made a mistake I told him to get out of my house (we live in my house) and don’t try and contact me or I will get a restraining order,” she wrote. “I haven’t talked to my sister or now ex-bf [since] and I just needed to talk about this somewhere.”

Redditors sympathized, offered their condolences, and told her that she made the right choice.

Many people pointed to his excuse and criticized him for blaming his depression as the reason why he cheated.

They emphasized that she was better off without him and that she needn’t worry about the aftermath of her decision, only suggesting that she take time to herself and recover from whatever she needed to.