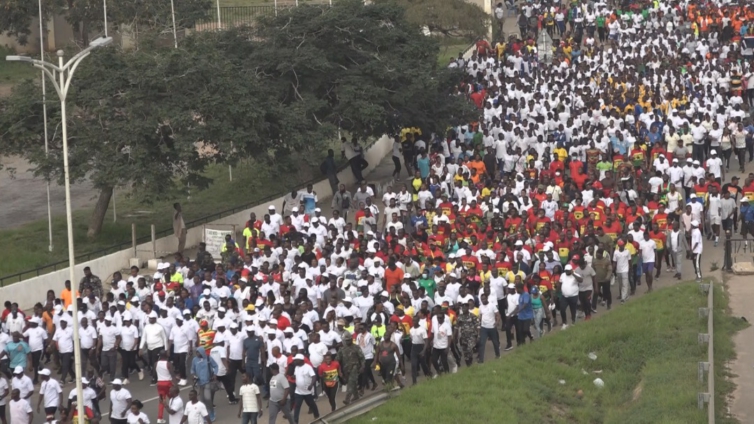 The second edition of the National Fitness Day will take place in Kumasi on October 15, 2022.

The exercise is to promote fitness among Ghanaians

The event, which is under the auspices of the Vice President , Dr Mahamadu Bawumia, who doubles as the ambassador of the National Fitness Day, and the Ministry of Youth and Sports organised the maiden edition last month in Accra.

The Fitness Day is nationwide in nature, thus, the second edition will take place in the Garden City in the second week of October.

During the first edition on September 10, thousands of Ghanaians joined the Vice President to exercise at the Accra sports stadium where he called on citizens to use exercise as a tool to improve efficiency and to cut down on their health expenses.

‘’If we are healthy in body, we are healthy in mind, and so we want to make sure that Ghana is healthy, and the national fitness day should help us build fitness and that means better productivity for us,” he said.

Fitness enthusiasts including King of the Ga state, Nii Tackie Teiko Tsuru II, who said  ‘’the National Fitness Day has come to stay.’’

Board Chairman of the National Sports Authority, Seth Panwum,  who graced the event described as the genesis to a more united and healthy nation, saying, “this is a national event which covers the whole country. The people in the Ashanti region also organised one which I am told the numbers, too, are great.

“If you cannot do it every day, you can set aside one day of the month to burn some fats and put the mind in a healthy body for mother Ghana, I think it is a welcome idea.”

Thousands of people are expected to grace the day to keep fit at the Baba Yara Stadium. The first one in Kumasi had the likes of former Asante Kotoko player and CEO, Opoku Nti.

DISCLAIMER: The Views, Comments, Opinions, Contributions and Statements made by Readers and Contributors on this platform do not necessarily represent the views or policy of Multimedia Group Limited.
Tags:
Baba Yara Stadium
Dr Mahamudu Bawumia
National Fitness Day
Seth Panwum