NCCE calls for national cohesion in the fight against violent extremism - MyJoyOnline.com

NCCE calls for national cohesion in the fight against violent extremism 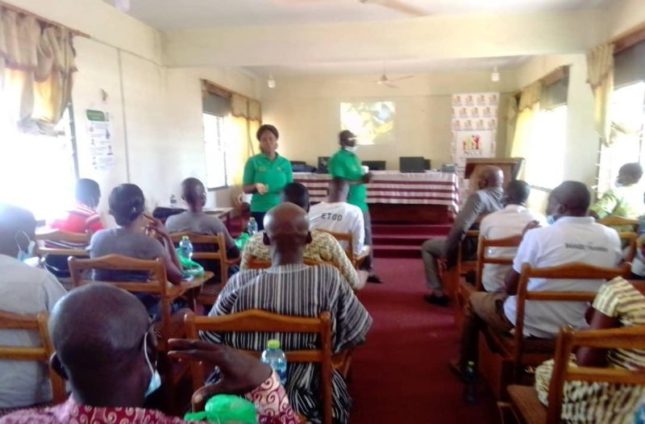 The Jirapa Municipal Directorate of the National Commission for Civic Education (NCCE) in the Upper West Region has called for national cohesion and unity on the part of citizens to help safeguard the country against terrorists and extremists attack.

It said the activities of violent extremists and radicalism were on the ascendancy in the neighbouring Sahel regions and was likely to spill over into the country.

Mr Ambaahikpiengu Norbert, the Jirapa Municipal Director of NCCE made the call in Jirapa during an engagement with Inter-Party Dialogue Committee Members and other Stakeholders in the municipality comprising, representatives of political parties, religious groups, youth and women groups, PWDs and CSOs.

The event, organized by the NCCE with sponsorship from the European Union (EU), was aimed at dialoguing and identify early warning signals of extremist violence, community surveillance and measures to counter radicalization of the youth and prevent violent extremist spill over in Ghana.

Mr Ambaahikpiengu said there was dire need for national cohesion and unity in the country indicating that Article 41(c) of the constitution enjoins all as a duty to “foster national unity and live in harmony with others”.

He said “All must therefore safeguard the peace we are enjoying for the development of the country”.
Chief Inspector Francis Ackon, a representative of the Jirapa Municipal Police Command educated participants on violent extremism, radicalization among others.

He said Ghanaians should not be complacent over the terrorist threats and called for the security conscious of their immediate environment and report suspicious characters to the security agencies.

He assured informants of the safety and security of their identity should they report any suspected characters or activities to the security agencies saying, “Most at times it is rather the informants that expose themselves through their interactions with their friends and relatives”.

Ms Sefakor Akoto, a representative from the Upper West Regional Directorate of the NCCE entreated the participants to make sure they enlighten the various groups they represent on the negative impact of violent extremism activities to help secure the peace and unity in the country for development.

Mr Godfrey Namilla, the Chairman for the Inter-Party Dialogue Committee, who also chaired the occasion called on the people to resort to Alternative Dispute Resolution (ADR) mechanism in solving their differences instead of violent ways, to safeguard the country.

He called on the political parties to tolerate each other’s views and make use of the Inter-Party Dialogue Committee when they have issues between and amongst them.

The participants also issued a joint statement committing themselves to ensuring peace and security in the area.