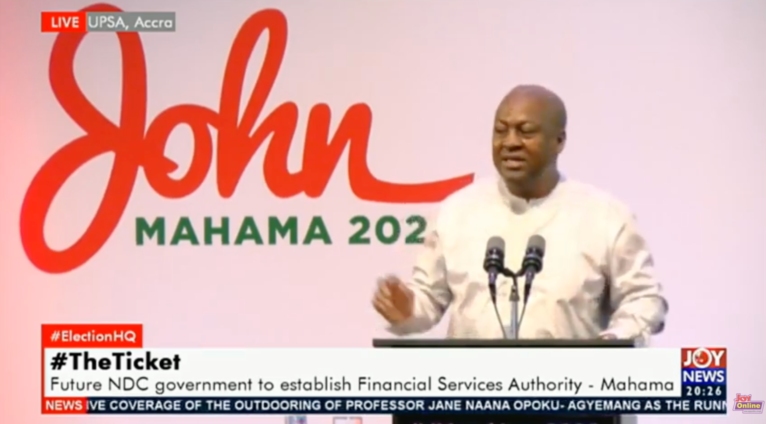 The former president said this is part of an ‘Integrity for Development’ action plan that will be launched.

“In pursuance of social justice, I will vigorously push through a constitutional review that creates a fairer and just emoluments system and removes the distortions between Article 71 Office-holders and other public sector employees.

“We will as part of an Integrity for Development action plan, launch “Operation Sting,” he said at the outdoor ceremony of the newly nominated NDC running mate Prof. Jane Naana Opoku-Agyemang.

The former President, in his address, accused the Akufo-Addo government of nepotism and corruption of which he says will come to an end should he be given the nod as the next President of the country.

“Operation Sting is an anti-corruption crusade, which under my watch will involve massive, far reaching and practical governmental reforms.

“It will be ruthless against all corrupt political appointees and public sector workers.

He added that ‘Operation sting’ will be a requirement for all who serve in my Government to publish their assets declaration and have same audited by the Auditor General.