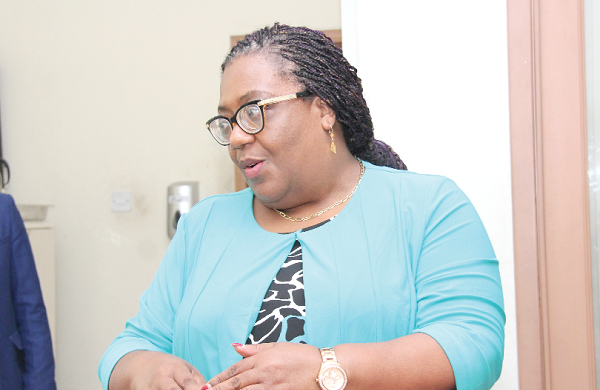 The National Health Insurance Authority has begun an investigation into reports revealing how the radiotherapy units of Korle Bu and Komfo Anokye Teaching Hospitals charge breast cancer patients unapproved fees before they access a medication which is free under the NHIS.

An agreement signed between government and the Swiss-based pharmaceutical company, Roche in 2018 provided breast cancer patients with a treatment drug called Herceptin at no cost.

But the radiotherapy units of the two hospitals are billing the patients for facility user, development fund and chemotherapy fees before they can receive the essential drug.

Joy News’ investigations found that that the hospitals are making up to ¢300 per vial of Herceptin administered to the patients.

But, the National Director of the Oncology Centre at Korle Bu, Dr Joel Yarney, admitted that they charge the fees because the cost of service at the Radiotherapy Unit is not borne by government.

“There are costs relating to face masks, over all and other clinical consumables that need to be catered for. Who bears the cost? Herceptin comes with additional drugs we administer, that must be paid for even though the medication is for free,” he quizzed.

Dr Joel claimed the department charge service fees but, “until now government is not providing monies to cover the radiotherapy unit’s charges on treatment”.

He admitted that the unit charges facility user ranging between ¢150 to ¢250 that patients are made to pay.

He questioned the basis on which the NHIA is saying facility user fees and chemo charges were illegal.

“All the drugs on NHIS, we give a marker from the manufacturer to the retailer to cover for the little expenses. That’s why its unacceptable to take extra money. In the case of Herceptin, there are no middlemen.

“Every bit of the marker price goes to the two hospitals. That’s why it’s disappointing to learn they are charging those fees,” he explained.

According to him, her team has begun gathering evidence into the unapproved charges.