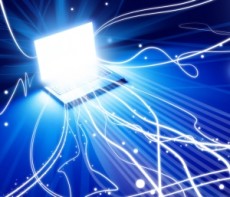 Nigeria has the largest mobile market in Africa, with approximately 173 million subscribers and an outstanding penetration rate of 123%.

The number of subscribers dropped in 2017 as consumers began to respond to a poor economic climate and as regulatory factors continued to force operators to disconnect unregistered SIM cards.

The initial rise in the number of mobile subscribers had led to problems with congestion of network and quality of service, prompting the regulator to hand down fines and sanctions to network operators.

These operators reportedly responded by investing billions of dollars in base stations and fibre transmission infrastructure to keep up with the ever-rising demand for data.

The migration from CDMA platforms to GSM technology is almost complete, and even though GSM still dominates the market, there has been a growing shift to services based on LTE.

LTE coverage remains relatively low, but investment among operators is broadening the reach of services and is helping in developing consumer use of mobile data services.

Nigeria’s Federal Government has announced that efforts are being made to encourage network sharing and to outsource the management of mobile tower infrastructure to third parties.

The FG revealed that there remains considerable growth potential in rural areas where the provision of network infrastructure and operations is costly, and where mobile penetration is drastically lower.

The FG’s plan to increase broadband penetration to 70% by 2021 is largely dependent on mobile infrastructure.