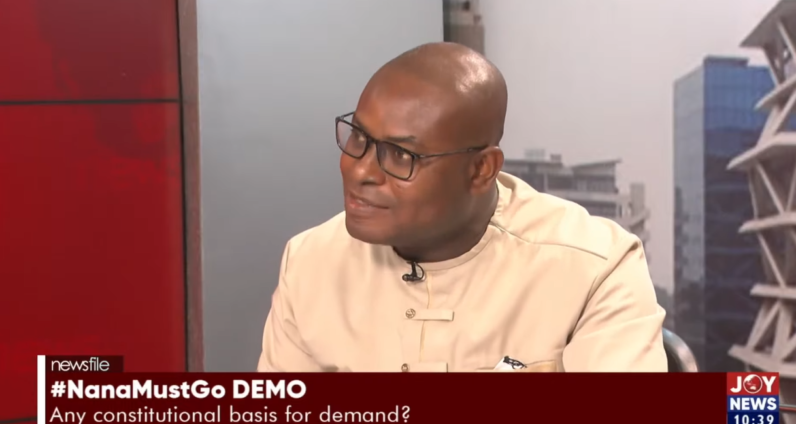 Director of Communications for the New Patriotic Party (NPP), Richard Ahiagbah has downplayed the rationale behind the ‘Ku Me Preko’ demonstration.

According to him, the action which saw Ghanaians lament that government has not done enough to alleviate the plight of citizens in the struggling economy is baseless.

Today’s protest saw a section of Ghanaians, civil society organisations and other activists join the demonstrators in the principal streets of Accra.

But for Mr Ahiagba, the only justification he sees in the protest is the display of democracy and nothing beyond that.

“So the only basis in my view that perhaps the demonstrators have this morning to be on the street is democratic. But in terms of the substantive issue to say that government or President has done anything incidental to cause them to be on the street, I don’t see it,” he said on JoyNews.

On the angle of hardship being suffered under the NPP administration, the Communications Director insisted that the causes of these factors have nothing to do with domestic activities.

The President and government communicators have constantly pointed fingers at Covid-19 and the Russia-Ukraine war as major contributors to Ghana’s economic woes.

Speaking on Newsfile on Saturday, Mr Ahiagba explained that he has assessed the President’s journey and “you can find one single basis for the behavior suddenly, in these times.”

“Ghana is going through hardship. That hardship can be explained can be rationalized. The President spoke about it and the data shows exactly that there are incidental issues that are beyond our control that is forcing the situation on us,” he told Samson Anyenini.

Ghana is currently at the doors of the IMF for a possible $3 billion bailout amid intensifying hardship, skyrocketing fuel prices, a rising cost of living and a depreciating cedi.

DISCLAIMER: The Views, Comments, Opinions, Contributions and Statements made by Readers and Contributors on this platform do not necessarily represent the views or policy of Multimedia Group Limited.
Tags:
Ku Me Preko
Richard Ahiagbah