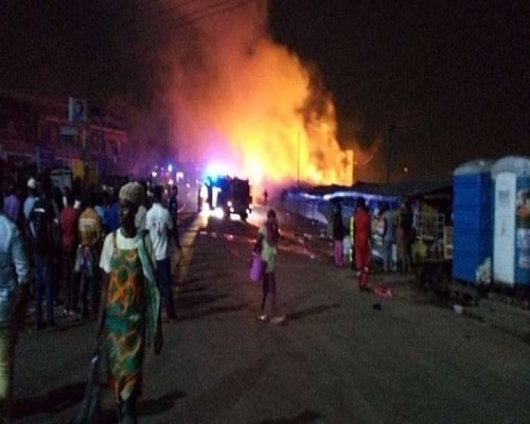 The fire outbreaks in the region this year’s destroyed a lot of properties including houses damaged, leaving some victims homeless.

Speaking to Adom News, the Northern Regional Spokesperson for the Ghana National Fire Service, ADOII Baba Hudu said, the figure for this year’s first quarter fire outbreaks in the region was alarming compared to the same period last year.

According to the spokesperson, 137 fire outbreaks were recorded in the region last year and this year it increased to 165 within the same period.

He said, January this year recorded higher incidents in the quarter.

Mr. Hudu said, some causes of this year’s fire are negligence and electrical mistakes from the public and the Volta River Authority (VRA) but education by the GNFS regional command to the public helped reduce the occurrence.

ADOII Baba Hudu, therefore, appealed to the general public to prevent fire disasters from occurring to save property from distraction.