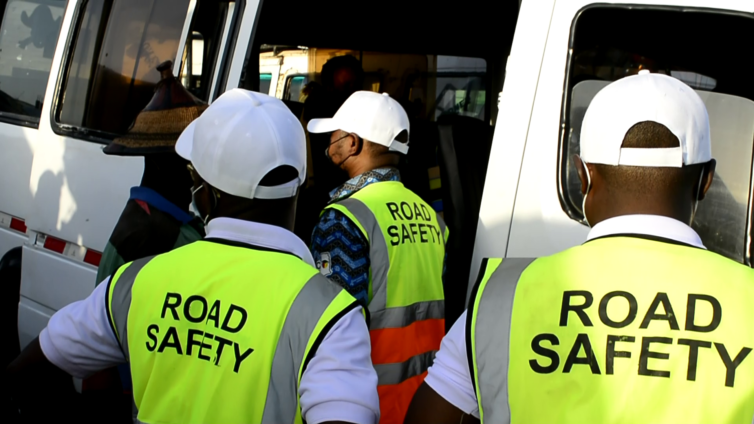 The warning comes as the authority has begun conducting pre-departure checks on intercity vehicles in some major lorry terminals in the region as part of efforts to ensure discipline on the roads and reduce road crashes.

The exercise is being led by the Regulatory, Inspection, and Compliance Directorate of the authority.

It began on Monday, May 10, 2021, at the main GPRTU terminal in Bolgatanga and is expected to continue for the foreseeable future.

All intercity vehicles, including Kumasi and Accra, bound buses, are subjected to thorough inspections before departure.

National Road Safety Authority inspectors begin their checks by inspecting the drivers’ licences, the time of their last trip, and whether or not drivers are on medication or under the influence of alcohol.

The vehicles are also checked to ensure that various safety precautions are being followed; for example, whether seatbelts for both the driver and passengers are available and functioning and whether or not the vehicle is equipped with a fire extinguisher and a pair of warning triangles.

The Planning Manager at the Upper East Regional Office of the National Road Safety Authority, Sheriff Appiah, said they were also using the opportunity to educate passengers to encourage them to be alert during their journeys.

“We are also doing passenger empowerment as we call it because we believe that the journey is a shared responsibility. As a passenger, you should be able to speak up if the driver is doing something wrong”, he said.

Sheriff Appiah also indicated that they will pay special attention to long-distance commercial transport operators because their buses are more prone to road crashes and warned that those who fail the pre-departure checks will be sanctioned.

“We check the long-distance buses. Bolga to Kumasi or Accra. If you do not have two drivers for long-distance journeys, we won’t allow you to move,” he said.

He added, “The law gives us the authority to prevent any vehicle that fails our pre-departure checklist from moving, and we are determined to do just that. Our ultimate aim is to reduce road traffic crashes by tackling the problem from its root cause”.

He added that most of the drivers at the bus terminals saw what the NSRA were doing as something new, although the NSRA met the GPRTU leadership to have discussions, prior to beginning the pre – departure checks.

He was, however, hopeful that the driver would get used to it as time goes by.

Some bus drivers at the Bolgatanga main lorry terminal who passed through the pre-departure checks commended the National Road Safety Authority for the initiative.

One of them, Nurudeen Musah, said, “This is the first of its kind since I started working here for the past eight years. My only hope is that the exercise is sustained”.

Another driver, Daniel Opoku, who operates between Bolgatanga and Kumasi, said he was happy about the pre-departure checks.

“When you come to book your car [for a journey], we have to check if your tyres are correct, [and check for] your fire extinguisher and your [warning] triangle”, he said.

According to the Upper East Regional Office of the National Road Safety Authority, these pre – departure checks are being conducted in lorry and bus terminals across the region.