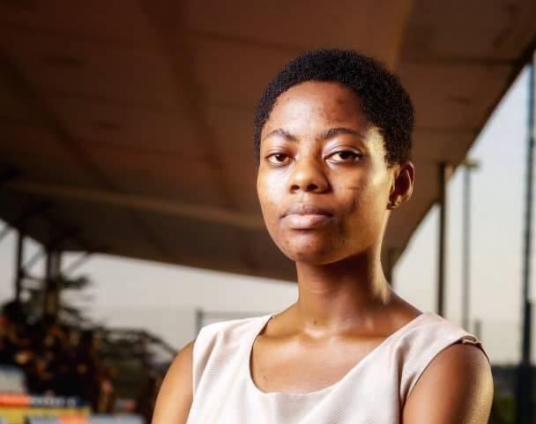 Announcing the news on social media, the American Chamber of Commerce, Ghana, revealed that she has been granted a full scholarship to complete an undergraduate program at Harvard University.

Taking to his Facebook account to confirm the news, the Chair of Harvard Interviews in Ghana, Sangu Delle, wrote “…I can confirm that Francisca Lamini was granted admission to Harvard College (undergraduate) on a full scholarship.”

Also in a post on Facebook, radio and TV personality, Berla Mundi revealed that after completing her program, Francisca Lamini would gain admission into Harvard Medical School or any other Ivy League medical school of her choice.

This news has gotten many Ghanaians excited for the young girl who stole their attention at the 2021 NSMQ competition.

Her school, KETASCO, made history when they qualified for the finals of the NSMQ. The school represented by Francisca, Bright Senyo Gadzo and James Lutterodt battled against six times champions Presbyterian Boys Secondary School (PRESEC) and Prempeh College.

Though her school did not win the ultimate prize, she received praises for being the only female in the grand finale of the popular quiz show in the last eight years.

During her exploits on the programme, it came to light that the prodigy from the Keta Senior High Technical School had already scored straight As in the private Nov/Dec WAEC examinations.

This was back in SHS 2 when she sat for the test. She, however, repeated the feat in the just-ended West African Secondary School Certificate Examination (WASSCE) when the results were released on December 8.

It also emerged that she was at the top of her class throughout her primary to JHS journey.

Francisca Lamini was also named the Most Outstanding Student at the 2021 NSMQ where Prempeh College emerged victors.