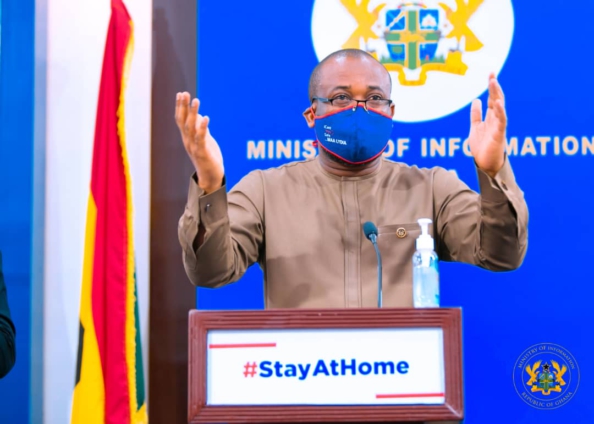 Deputy Information Minister Pius Enam Hadzide has hailed the New Patriotic Party (NPP) government for its ‘deep thinking’ which he said influenced the decision on the commercial use of motorcycles.

He stated that is the reason for government’s current stance on the operation of the popular ‘Okada’ is based on proper consultation and the welfare of citizens at heart.

Mr Hadzide stated that this is better as compared to the rushed promise by the National Democratic Congress (NDC) to legalise the business which is a U-turn from its initial position.

Speaking on Joy FM’s Super Morning Show Thursday, he said they are considering less risky alternatives to aid transportation of which Okada is not a part of.

He clarified that the reason for the recent misunderstanding on government’s position was because of consultations to determine the way forward on commercialization of motorcycles.

“They (NDC) have proven themselves to be people who do not do any serious introspection and do not think hard on policy moves before they embark on them.

“Unlike the NDC, we do deep thinking because of this, we have come to a firm conclusion that the best thing to do for Ghanaians is to go for the lower risk, higher-paying vehicle transportation,” he said.

He argued that the opposition are desperate for the votes hence their promise to legalise the use of Okada.

“Our approach is not just a knee-jerk reaction is but is a creative solution to a longterm problem in a long term manner.

“We are not just dealing with the symptoms of the problem but we are holistically attempting to solve the problem,” said, Thursday.

Mr Hadzide mentioned that the NPP is considering other factors such as the nature of roads and other conditions that compel people to settle for riding motorcycles for a living.

“It tells you that the NDC which is promising that do not intend to solve the basic problem, which is making people want to go into Okada business in the first place,” he stated.

However, the NDC is strongly advocating the legalisation of motorbikes as they provide employment for the youth.

DISCLAIMER: The Views, Comments, Opinions, Contributions and Statements made by Readers and Contributors on this platform do not necessarily represent the views or policy of Multimedia Group Limited.
Tags:
NDC
NPP
Okada legalisation