‘Our natural resources alone can’t save us, invest in research’ – Prof Marfo-Owusu to government 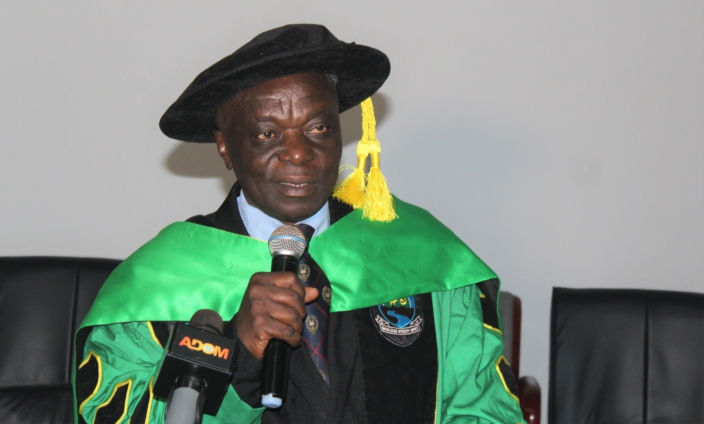 The government has been urged to prioritize research to enhance the development of the country.

According to Prof Emmanuel Marfo-Owusu, the natural resources in the country alone are not enough to develop as a nation without support from individuals and institutions involved in research, as in developed countries.

“It’s high time we prioritize what the government can use to enhance the development of the country, particularly looking at how best to invest in research. Our gold, our diamond, and oil alone cannot save us. It’s only research”, he said.

He observed how countries like Japan and Germany, which do not have the natural resources Ghana boosts of, are doing better because of research.

“We have the people to do the research. There are a lot of Ph.D. and good scientists, but where are the facilities? Those are the things they (government) need to look at so that they equip the universities, research institutions, and laboratories that deserve to be supported”.

Prof Marfo-Owusu bemoaned the idea of politicians having big cars, V8s, and other fast vehicles.

“We should rather put such an amount of money into equipment that can do good research and get better results that can lead to better applications to enhance the development of the country”, he appealed.

He made the remarks at the inaugural lecture of the University of Energy and Natural Resources (UENR) in Sunyani in the Bono Region to celebrate his appointment to professorship.

Prof Marfo-Owusu is a Chemical Crystallography and Supramolecular Chemist and the Head of the Department of Chemical Sciences, UENR.

His Inaugural lecture, as part of UENR’s 10th-anniversary celebration, was on the topic “The Pathway for Ghana’s Development and Advancement in Chemical, Material, Pharmaceutical, and Medical Sciences Research Breakthrough: The X-Ray Crystallography and Supramolecular Chemistry Approach”.

He said the application of X-ray crystallography and supramolecular chemistry concepts as scientific tools, has revealed and solved many problems in the world as well as advanced science and technology.

Explaining further, he said it has contributed to research in medical sciences, virology, cancer research, enzymology, pharmaceuticals, superconductors, semiconductors, magnetic materials, and many other areas.

He noted that some countries made breakthroughs in the covid-19 pandemic and subsequent vaccines because of the knowledge in crystallography.

As the only full Prof in crystallography in Ghana currently, Prof Marfo-Owusu admits it is not well known in the country but hopes to see it treated as a major course in the science-based tertiary institutions due to its importance to most sectors.

In Ghana, it’s only UENR that does supramolecular chemistry and a bit of crystallography.

Prof Marfo-Owusu also said equipment used in crystallography is quite expensive but worth it, hence appealed to the government to consider supporting it for research scientists.

He expressed gratitude to all individuals and institutions who motivated and played various roles in his career.

The Vice-Chancellor of UENR, Prof Elvis Asare-Bediako, said the University will continue to support the staff to do more research for the benefit of teaching and learning in the institution and hopes the achievement of Prof Marfo-Owusu would motivate others to greatness.

DISCLAIMER: The Views, Comments, Opinions, Contributions and Statements made by Readers and Contributors on this platform do not necessarily represent the views or policy of Multimedia Group Limited.
Tags:
Prof Emmanuel Marfo-Owusu
Research