Over 50 juvenile clubs made to share GH 1,000 cedis per season 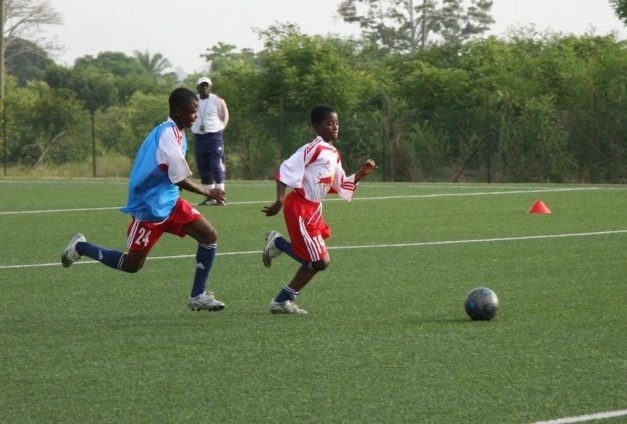 Football at the top-most level in Ghana has been the biggest beneficiary of a once-vibrant organization at the colts level.

The Black Stars have been represented by players like Michael Essien, Asamoah Gyan, Stephen Appiah and John Paintsil, amongst other players who made the big jump to senior football from the bottom of the football pyramid.

However for a catalogue of reasons, juvenile football was thrown into disarray and without any proper attention. Fast forward, the Ghana Football Association (GFA) in April launched the juvenile league, and in May, the first season of the league meant to officially reintroduce colts football to Ghana’s football pyramid kicked off.

The season which came to an end on October 4, involved academies and colts clubs across the country. The GFA prior to the season’s commencement, published a set of rules and regulations to guide the execution and conduct of clubs and players in the officially-reintroduced level of the pyramid.

Despite the attempts by the GFA to act in the interests of critical stakeholders: administrators, clubs and their players, the core have been left largely unimpressed and disappointed with the GFA’s attempts.

Speaking to Joy Sports, former acting chairman of the Juvenile Committee for the Accra-West District, Emmanuel Isaac Akwaagyiram – who has produced talents such as Stephen Appiah, Asamoah Gyan and Addo-Quaye Pappoe, expressed his disgust with the GFA’s financial commitments to the running of the juvenile system.

He revealed to Joy Sports that the GFA provided each district a sum of GH 1000 cedis to be shared amongst all clubs in the district. He also believes the juvenile system should return to the periods where it existed outside the GFA.

“Juvenile, how much did they give us? Each district not club, they gave 1000 cedis for what? 1000 cedis which I use for training and matches, and you give the whole district 1000 cedis,” he said in an interview.

The inadequate financial commitments of the GFA represents just a part of the bigger challenge. Pitches used for games are miles off standard. Many of them do not even have grass patches, and lines are marked with either charcoal or marks drawn with sticks in the sand.

Patrick Attah Gyedu, who serves as the current chairman of the Accra-West committee also revealed that the 50+ clubs in the district were all provided with 10 footballs in total for the entire season.

He also mentioned that the nature of the parks used for games and training, impedes the development of players.

“Playing on sandy pitches does not help the children, but in Greater Accra we don’t have many grass pitches the children will play on. So we have always been managing on the sandy pitches that’s what we have been always playing on. So we will pray that the executives at the RFA will come and help us to develop our pitches.

“Before the season the FA gave us 10 balls, and we have almost about 34 juvenile clubs and 44 division three clubs. The ten balls are not sufficient for us. After the first round, all the balls get spoilt,” Mr. Gyedu said to Joy Sports.

Mr. Akwaagyiram also noted that there are close to 80 clubs in the Accra-West district alone. Per his comments in relation to the GFA’s financial commitments, it means out of the disbursed GH 1000 cedis, clubs in the district received GH 12.50 cedis for the entire duration of the season.