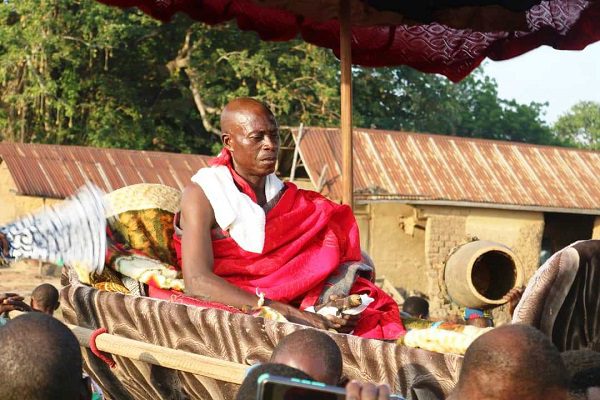 The newly enstooled Oyokohene of the Banda Traditional Council, Tolee Gena Shieshie III, has advised government to step up its investments in Technical and Vocational Education and Training (TVET).

“We must as well begin opening up digital training opportunities to cultivate an entrepreneurial culture in the youth. This action will help synchronise the national and global job markets,” he stated.

Tolee Gena Shieshie III was speaking during a thanksgiving service at Banda Sanwa to show appreciation for becoming the new Oyokohene of Banda Traditional Council in the Bono region.

He entreated government to address youth and gender issues to curb the continuous surge in rural-urban migration as well as irregular migration especially of the youth.

“The current local economic development modules by the Government of Ghana and other development partners notwithstanding, I will also add my voice to community members and Nananom to advise government to help curb the incessant migration of the youth and women for non-existing job opportunities.

“This has rather led them to social vices or harmful practices for survival in other parts of the country with little or no contribution to development,” Tolee Gena Shieshie III stressed.

He appealed to the Banda District Assembly to fix the numerous development challenges such as bad roads, limited water and sanitation facilities, low level of education, unemployment, and inadequate health facilities devoid of politicisation.

The newly enstooled Oyokohene of the Banda Traditional Council further called on the people of Banda to participate in all forms of development interventions irrespective of their party affiliation since the fruit of any development will be enjoyed by all.