Paa Kwesi Schandorf: A preview of the NSMQ final featuring Amanfoɔ, Odadiɛ and the Dzolalians - MyJoyOnline.com

Paa Kwesi Schandorf: A preview of the NSMQ final featuring Amanfoɔ, Odadiɛ and the Dzolalians 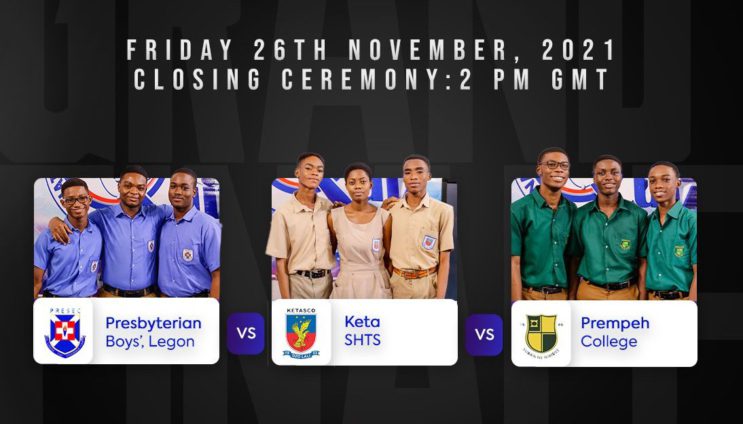 Come November 26, all roads will lead to the Kwame Nkrumah University of Science and Technology (KNUST), for the grand finale of the National Science and Maths Quiz; famously referred to as the ‘NSMQ’.

Unlike previous editions, this year’s finals of the annual intellectual contest will be in the garden city of Kumasi, a city famed for its business climate. For some, the fact that Kumasi is hosting the contest is enough indication that some rude surprises should be expected.

Meanwhile, for those who have ardently followed the contest since it started 28 years ago, nothing surprises them anymore. According to them, since 1993, they have observed that during the finals of the competition, a certain ‘demon’, clothed with the garment of grief, visits the auditorium to pierce the hearts of those with high expectations; leaving them emotionally beaten and battered.

In the 2021 finals therefore, it looks like the Presbyterian Boys Senior High School (who have been in the finals more than any other school in the competition) have a fair idea about this demon; and are prepared to foil its antics this time around.

How? This year, Presec has been chanting a certain ‘spiritual phrase’ in all their social media posts and engagements. The ‘blue boys’ have been saying, they are “SEVEN A LIVING GOD’’; an indication that their bid to annex their seventh trophy in the contest is under the banner of God, and therefore no principality can dash their hopes. God is refuge for the boys from Legon-Madina.

Generally, from the group stages, all the contestants who represented their various schools bowed their heads in prayer ahead of each competition. As such, since nearly all the NSMQ scholars believe in God, one could conclude that Presec is relying on ‘nothing’?

Apostle Paul, the famous preacher in the Bible has repeatedly indicated that faith without works is dead! For him, if a man reposes confidence in God, yet lacks the relevant physical efforts to back his ‘spirituality’, that fellow is embarking on a wild goose chase. According to Paul, faith is ‘NOW’!

So in the spirit of ‘now’, let’s talk about the school with the ‘Fly NOW’ mantra; Keta Senior High School! Founded in 1953, Ketasco have discharged themselves well in the 2021 edition of the contest; making their first entry into the finals of the competition.

In case you think I’m trying to exaggerate their performance, go back to their semi-final clash with Wesley Girls and Tamale Senior High School. Against all odds, they damaged the two schools in a victory that stunned the pundits and connoisseurs of the contest. The ‘Eagles’, as they describe themselves flew above the ‘lions’ from Tamale; displacing the Wey Gey Hey girls who also came to the party as “the best girl’s school in Ghana”.

Clearly, Ketasco, who believe in “Now or Never”, are definitely a force to reckon with, especially when their home community has been ravaged by a devastating tidal wave. One can be sure that, the disaster in their backyard would spur them to put up their A-game to soothe the pains of their colleague-victims of the tidal waves.

Indeed, they have promised to do just that. Now let’s talk about Ketasco’s talisman; the man everybody has been talking about in the Ketasco lineup – Lutterodt! You may bite your tongue if this name is not familiar in your register, and so to save you that hurt, just call him the ‘Riddles God’. Amongst all the contestants who have passed through this year’s contest, Lutterodt has come up as the man with the dexterity to unpack Dr. Elsie Effah Kaufmann’s witty riddles.

Start a riddle, and before you land, his hand is in the air; ready to cough out the answer. Hardly does he miss! And so ahead of Friday’s contest, the “Dzolalians” will definitely be counting on his magic, finesse and prowess in riddles. Mind you, the riddle can fetch a school as many as 5 points! Something worth grabbing!

It’s the turn of the home team Prempeh College. ‘Amanfoɔ’, as they like to call themselves are known faces in the finals, yet with few trophies to their name. The green and yellow boys believe in ‘knowledge and character’; virtues that underpin all their endeavours. But given the pomp and pageantry surrounding Friday’s finals, knowledge and character may not be enough. Especially when they are coming up against Presecans with God as their banner and the Ketasco squad who are approaching the contest like the ravaging tidal waves that plagued their town.

What then could do the trick for Prempeh College? Perhaps the morale of their home fans could see them through the fierce contest- “Host and win”, they say. One needs to be careful about home support though.

Why? Cast your mind back to 13 years ago when the Black Stars of Ghana hosted the 26th edition of the African Cup Nations. It was the 26th edition, and the Black Stars were edited out. Coincidentally, the number 26 is staring us again, with the finals of the 2021 NSMQ happening on the 26th. Will it be a tragedy for the home school as well? ‘We dey wedge!’

Before we go, there’s another conversation in the corners of the street about how the 2021 finals could also be a battle between the deities where these three schools are situated. TogbeTsali for Ketasco, OkomfoAnokye for Prempeh Collge and Nai for Legon Presec.

Interesting right? After the last riddle in the 5th round, we’ll come back to this. But hey, an exciting finals is certainly in the offing! Brace for the impact!

The finals is a must watch. Don’t miss out. JoyNews channel-Live.