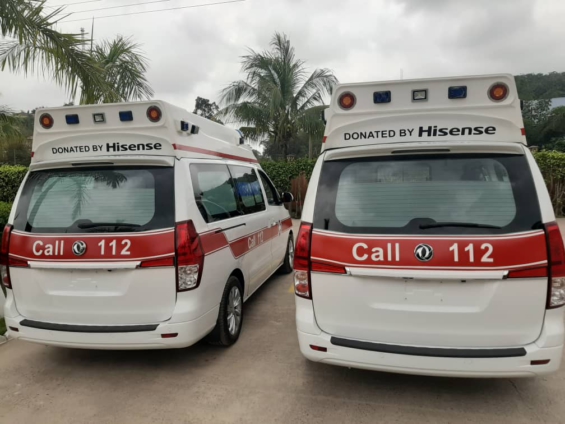 Parliament has approved a €18.8 million Buyer Credit Facility Agreement between the Government of Ghana and Deustche Bank AG to finance the supply of Ambulances and related training and maintenance services.

The terms and conditions of the loan comprise a facility amount of €18.8 million out of which €16.9 million would be used to finance 85 per cent of the Commercial Contract and €1.92 million utilized for the Euler Hermes premium.

Chairman of the Finance Committee, Dr. Mark Assibey-Yeboah presenting the committee’s report on the floor of Parliament observed that the object of the loan was to procure 112 ambulances for the National Ambulance Service (NAS) to support the country’s health systems to function effectively at all levels.

To achieve this, government is pursuing innovative and efficient ways in the provision and management of health facilities and infrastructure in the country.

Dr Assibey-Yeboah also revealed that the country needed in excess of 1,000 ambulances to be able to provide pre-hospital care and handle inter-facility transfer.

This is why government, through the Ministry of Special Initiatives procured and distributed 307 ambulances to augment the existing fleet of 50 ambulances.

He said it was line with this commitment that the government was procuring additional 112 ambulances for the NAS.

Member of Parliament for Bia East, Mr Richard Acheampong urged members to support the initiative to provide ambulances to all health facilities in the country.

He however stated that the impression was created that every constituency was to receive one ambulance when the 307 ambulances supplied were distributed leaving out Tamale South and Kumbungu constituencies.

But per the Committee’s report, Ghana needed over 1,000 ambulances to be able to provide pre-hospital care.

He said government had already supplied 307 and procuring 112 ambulances, bringing the total to 419 ambulances and a deficit of 581 ambulances.

DISCLAIMER: The Views, Comments, Opinions, Contributions and Statements made by Readers and Contributors on this platform do not necessarily represent the views or policy of Multimedia Group Limited.
Tags:
Ambulances
Loans
Parliament