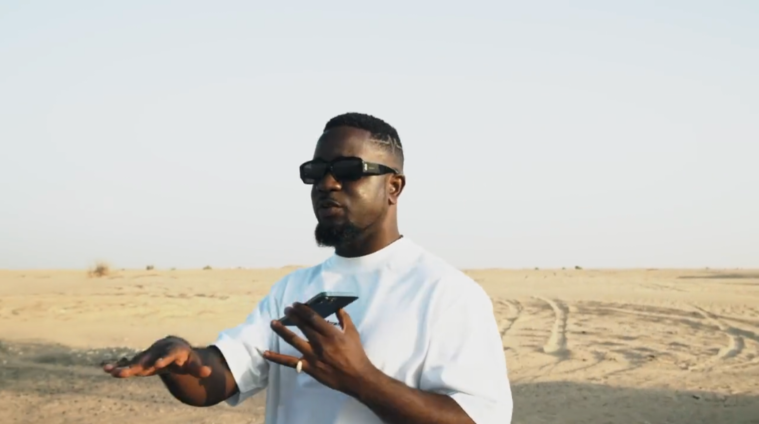 Sarkodie in the desert

Ever wondered how rapper Sarkodie kept his name and brand growing for the past 10 years?

Well, the multiple award-winning rapper, Michael Owusu Addo in an exclusive interview outlined a few factors that account for his success.

He told JoyNews’ Becky that “I’ve been able to find the right people at the right time, having the love for music, being yourself and also having the grace of God.”

He met his former manager, Duncan Williams while participating in the aforementioned competition. He also met musicians Edem and Castro, who introduced him to Hammer of The Last Two, an established record producer.

Today, Sarkodie is a household name in the Ghanaian entertainment industry with more than five albums to his credit.

Sarkodie is often named as one of Africa’s greatest hip-hop artistes. In 2014, MTV Base ranked him sixth on its list of the Hottest African MCs. In 2015, The Guardian listed him as one of its top five hip-hop acts on the African continent.

He was also ranked 8th on Forbes and Channel O’s 2013 and 2015 list of the Top 10 Richest/Bankable African Artistes.

DISCLAIMER: The Views, Comments, Opinions, Contributions and Statements made by Readers and Contributors on this platform do not necessarily represent the views or policy of Multimedia Group Limited.
Tags:
Sarkodie
Success