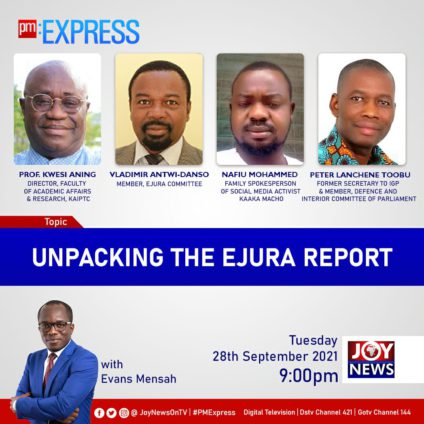 The report noted that there was no justification for the Police to send a Riot Vehicle (water canon) to the cemetery where the late social activist Ibrahim “Kaaka” Mohammed was being buried.

In total, the Committee has made 10 recommendations for government’s consideration.

Tonight on PM Express, host, Evans Mensah together with his panelists unpacked the full report by the Committee chaired by Justice Koomson.