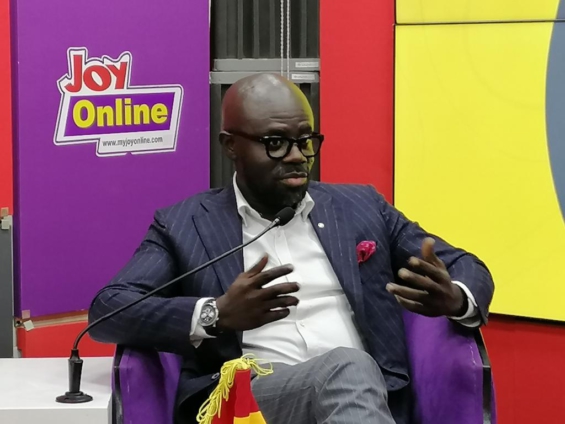 The Dean of Faculty of Law of the University of Professional Studies, Accra, Professor Ernest Kofi Abotsi, has waded into the legal argument concerning the arrest of MPs and whether the Police needs permission from the Speaker to do so.

According to him, “the police are not duty-bound to inform or seek the permission of the Speaker before effecting an arrest of an MP.”

He added, “The authority of the Police to arrest extends to everyone except the President. An MP can only evade an arrest if he is on his way from or to Parliament.”

His comments are in relation to the Contempt of Parliament filed by the Madina MP, Francis Xavier-Sosu, following his attempted arrest during a protest last Monday.

Speaking to JoyNews, Mr Francis Xavier Sosu stated that his arrest was unlawful, and the Police acted lawlessly.

He explained that by leading the demonstrations that resulted in the blockage of the Ayi Mensah-Danfa road by protesters and the burning of tyres which prevented the free flow of traffic, he was performing his parliamentary duty.

“So I told them in any event, the Constitution is very clear when an MP is doing his duty as an MP you cannot arrest him. If you want to arrest me, write to the Speaker of Parliament,” he said.

Parliament has also refused to release the MP even after the Criminal Investigation Division of the Ghana Police Service made a request to that effect in a formal letter.

Replying to the letter, Deputy Director of Legal Services, Nana Tawiah Okyir, who wrote on behalf of the Clerk of Parliament, explained that, “I am directed by the Rt. Hon. Speaker to inform you that proceedings of the 3rd Meeting of the 1st Session of the 8th Parliament commenced on Tuesday, October 26, and having regard to the limitations of articles 117 and 118 of the 1992 Constitution of the Republic, he is unable to release the Member of Parliament as requested in your letter.”

Meanwhile, besides Professor Abotsi, other legal experts, including Ace Ankomah and Kweku Paintsil, have argued that the interpretation of Articles 117 and 118 as proffered by Parliament deviates from the intent of the Constitution.

Ace Ankomah, on JoyNews’ Newsfile Saturday, October 30, stated that “I believe that maybe Article 117 and 118 are being overextended by Parliament to protect itself. How do you resolve this? I think you should issue a criminal summons and then go to the Supreme Court for an interpretation of 117 and 118.”

Kweku Paintsil, who was also on JoyNews’ The Law on Sunday, October 31, added that the Speaker, Alban Bagbin, summoning the police officers who had attempted to arrest the MP before the Privileges Committee, is in itself defective.

He explained that the police officers were acting on the orders of the IGP; thus, if there’s any summons to be served, it should be to the IGP.

He further argued that Parliament’s decision to summon them is merely a tactic to intimidate the Police force.

“This is how intimidating our police force so that they are unable even to assert themselves starts. They [Speaker] are crippling the Police; they’re putting fear in the personnel who are down the line and whose duties are to execute orders from above,” he said.