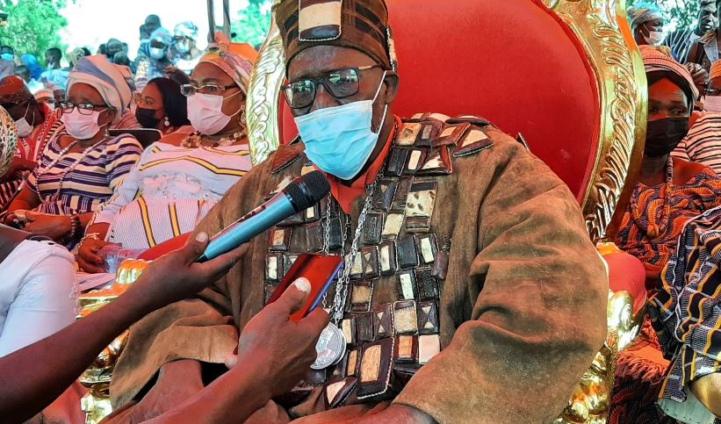 The Builsa Traditional Council in the Builsa North Municipality of the Upper East Region, has banned all forms of post Basic Education Certificate Examination (BECE) jamborees and get-together in the area.

The Council has explained that the decision was intended to “avoid the many bad incidences that characterize these programmes, some of which include sexual activities that lead to teenage pregnancies, violent fights and injuries, theft and drug or substance abuse among others.”

“I wish to state unequivocally that there shall be no holding of get-togethers and jams within the Buluk Traditional Area this year 2022 or any after-party,” the Sandem Nab Azagsuk Azantilow, Paramount Chief of the area, said in a signed statement copied to the Ghana News Agency (GNA) in Sandema.

Nab Azantilow, who is the President of the Council, called on Management of the Ghana Education Service (GES) in the Traditional Area to draw the attention of all Head Teachers of Basic Schools to the directive.

“I also call on drinking spot operators to desist from attempting to carry out the activity in any form or shape they may intend to brand it, as this would not be tolerated within the Builsa Traditional Area any more.

“It is my firm belief that together we all help keep safe our lovely young pupils from the danger that these events bring,” the Paramount Chief said.

Nab Azantilow on behalf of the Chiefs and people of Buluk, wished the candidates success in the just ended BECE, saying “It is our fervent hope and prayers that you would make yourselves, your parents and teachers and the Council proud, and that your hard work would pay off.”

In a related development, the Rural Initiative for Self-Empowerment- Ghana (RISE-Ghana), a Non-Governmental Organization (NGO) in a statement copied to the GNA, commended the Builsa Traditional Council for the initiative.

The statement, signed by its Executive Director, Mr Awal Ahmed Kariama said, the practice of organizing post-exam jamboree and parties had become an avenue for various forms of abuses including sexual exploitation, which needed proactive measures across all facets of society.

The NGO, a member of the Upper East Regional Child Protection Network and the Alliance for Sexual and Reproductive Health, said the initiative by the Council was a “step worthy of praise and emulation.”

It said the action by the Builsa Council was in line with Ghana’s Children’s Act 560 and the United Nations Conventions on the Right of the Child, which morally and legally obligated all stakeholders to “promote the best interest of the child” in all matters concerning children.

RISE-Ghana said “It is our hope that, other Traditional Councils and mandated stakeholders will not only give the needed support but emulate such an innovative gesture.”

DISCLAIMER: The Views, Comments, Opinions, Contributions and Statements made by Readers and Contributors on this platform do not necessarily represent the views or policy of Multimedia Group Limited.
Tags:
BECE
Builsa North
Builsa North Municipality