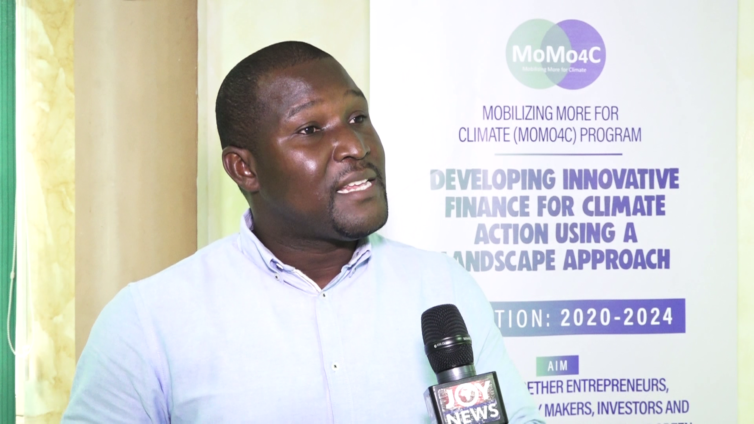 Deputy National Director of Arocha Ghana, an environmental non-governmental organization, Daryl Bosu says President Akufo-Addo’s statement during a meeting with the National House of Chiefs to discuss effects of the ‘galamsey’ menace offers no new direction for the fight against the menace.

President Akufo-Addo on Wednesday met members of the National House of Chiefs on illegal mining.

The President noted that the battle is nowhere near being won despite all the efforts he and his government has put into fighting it.

“We have tried many initiatives, including that of the Community Mining Scheme, and the establishment of a new legal regime for dealing with the perpetrators of this phenomenon, which has imposed severe sanctions on those Ghanaians and foreigners convicted of illegal mining. Still, we have not won the fight,” he said.

“I must say that I struggle to really get any new action from what the President said. I listened to what the President was saying and it takes us back to 2017, most of it. Frankly, I am struggling unless maybe coming from the closed door meetings, we are going to see some more pragmatic action to address these menace but until then I did not really get anything new…there is nothing new for us here,” he said on JoyNews’ The Pulse on Wednesday, October 5, 2022.

According to him, the President’s comment rather gives the notion that government admits to its failure in the fight against the canker.

“I think what we are getting from the President is his admission that the fight against ‘galamsey’ has failed…for me, I feel it is going over the same issue over and over again without anything new,” he told Blessed Sogah.

DISCLAIMER: The Views, Comments, Opinions, Contributions and Statements made by Readers and Contributors on this platform do not necessarily represent the views or policy of Multimedia Group Limited.
Tags:
Akufo-Addo
Arocha Ghana
Daryl Bosu
Galamsey Fight