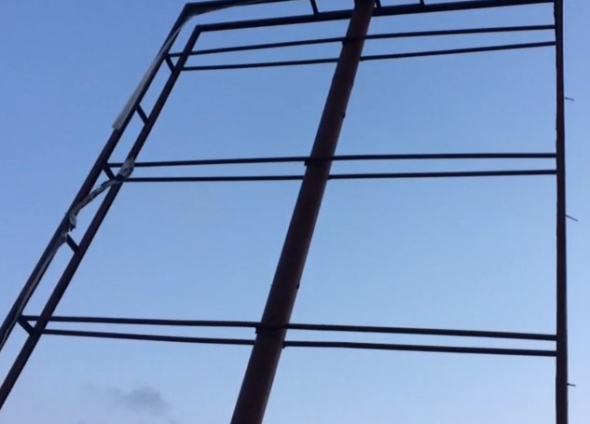 Member of Parliament for Ningo-Prampram, Sam George has asserted that the Pro-LGBTQ+ billboard mounted at the Accra-Tema motorway has been removed following the call by the sponsors of the Anti LGBT+ Bill in Parliament.

In a tweet on Thursday evening, Sam George expressed gratitude to authorities for heeding to their call for the Pro-LGBTQ+ billboard to be removed.

“Information reaching me is that the obnoxious LGBTQI+ billboard has been removed this evening after our press engagement today. We salute the authorities for their swift response. We are a country of laws and would fight till the end to protect our cultural sovereignty,” he tweeted.

Information reaching me is that the obnoxious LGBTQI+ billboard has been removed this evening after our press engagement today. We salute the authorities for their swift response. We are a country of laws and would fight till the end to protect our cultural sovereignty. 🦁🇬🇭

Sponsors of the Anti LGBT+ Bill in Parliament on Monday issued a 24-hour ultimatum to the Inspector General of Police, Dr. George Akufo Dampare to pull down billboards mounted across the city to promote the activities of homosexuals.

We can get results from the authorities (NDC or NPP) if we unite and collectively demand the changes we desire. True power belongs to the people. The billboard has fall ‘frat’. Power to our cultural sovereignty. 🦁💪🏾🇬🇭 #PassTheBillNow pic.twitter.com/XXGOrDlLkg

One of the billboards cited at the end of the Tema-Accra bound side of the motorway has the group’s rainbow colors with an inscription promoting their activities.

Speaking to the media at the scene of the billboards, Ningo-Prampram MP, Sam George described it as an affront to the country’s laws and issued a 24-hour ultimatum to the Police to pull it down.

“Over the weekend, our attention was drawn to an illegality that flies in the face of the Constitution of Ghana, Articles 11 and 26 of the 1992 Constitution which talks about Ghana’s cultural sovereignty. We realised that a billboard promoting the activities of the LGBTQ community have been mounted along the motorway.

“We are by this calling on the Inspector General of Police, Dr. George Akufo Dampare to immediately, within the next 24 hours carry out the necessary security operations, that this billboard which is an affront to the 1992 Constitution, be pulled down in conjunction with the MCE for the area,” he said.

The Minority in Parliament have also threatened to block the introduction of any bill by the Executive if the Chairman of the Constitutional and Legal Affairs Committee, Kwame Anyimadu Antwi continues to delay the passage of the Anti-LGBT Bill.

Minority Chief Whip Muntaka Mubarak accused the Chairman of deliberately delaying the passage of the Anti –LGBTQI Bill. Therefore, the Minority Group will continue to oppose any bill brought before the House by the Executive.

Mr. Muntaka Mubarak argued that the Chairman ought to have used due process for the passage of the Bill.

“I can assure that any other bill that will be introduced in the House, we shall resist it, even if it is to provide water, we will resist it,” said the Minority Chief Whip, Muntaka Mubarak.