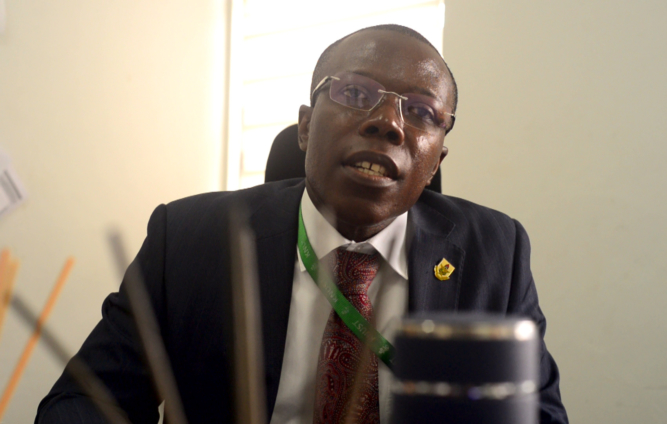 Professor Ellis Owusu-Dabo has been re-elected as the Pro Vice-Chancellor of the Kwame Nkrumah University of Science and Technology (KNUST).

After polls on Tuesday September 20, Prof. Owusu-Dabo garnered 717 votes out of the 848 valid votes cast.

Pursuant to the University’s conduct of an election for Pro Vice-Chancellorship, the first two leading candidates will be submitted for consideration by the University Council.

When approved by the Council, Prof. Owusu-Dabo will serve his second term under the incumbent Vice-Chancellor, Prof. (Mrs.) Rita Akosua Dickson.

After taking office in September 2020, Prof. Owusu-Dabo supported the Vice Chancellor to chalk tremendous achievements, including the University’s present position as the best in quality education in Africa and 14th globally.

He has also facilitated infrastructural developments including the establishment of a library mall and a multipurpose laboratory.

Prof. Owusu-Dabo contributed in the implementing policies for renewable and sustainable energy promotion at KNUST.

Prior to the voting, Prof. Ellis Owusu-Dabo took the university’s election campaign to a whole new level with the release of a series of audio-visual materials detailing his achievements.

He started his career as a physician at the Komfo Anokye Teaching Hospital as a House Officer. He then worked at the Sunyani Hospital and Wenchi Methodist Hospital in the then Brong-Ahafo Region. He again joined the Kwame Nkrumah University of Science and Technology in 2002.

Prof. Owusu-Dabo became the first African Director of the Kumasi Centre for Collaborative Research into Tropical Medicine from 2012 to 2017.

He is a Consultant Public Health Physician, Teacher and Researcher.

DISCLAIMER: The Views, Comments, Opinions, Contributions and Statements made by Readers and Contributors on this platform do not necessarily represent the views or policy of Multimedia Group Limited.
Tags:
KNUST
Pro Vice-Chancellor
Prof. Ellis Owusu-Dabo