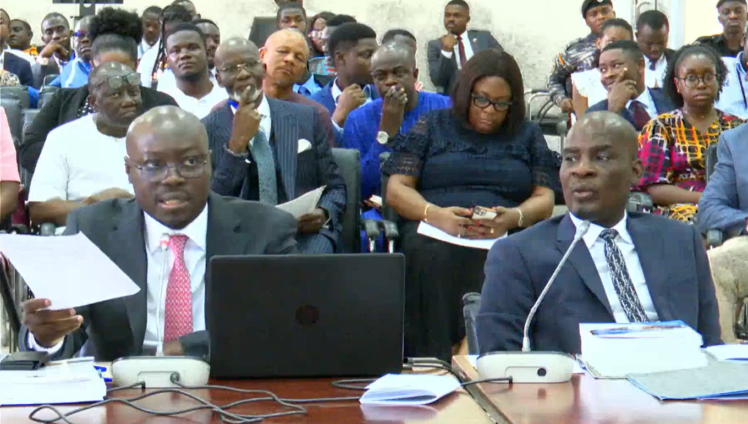 The Finance Minister, Ken Ofori-Atta has said the Minority’s basis for the censure motion to remove him from office have no substance.

“The proponents’ allegations do not have weight for censure”, Mr. Ofori-Atta said when he appeared before the Ad hoc Committee of Parliament probing the motion.

The Minister denied all claims by the Minority, including being reckless in handling the economy which has resulted in the current economic challenges.

Mr. Ken Ofori-Atta stated that it is rather certain actions of the Minority in Parliament in 2021 that created chaos, leading to mistrust and subsequent withdrawal of investments from the country by investors.

“I have not been reckless in the management of the fiscal operations of the government.

“Hon Co-Chairs, the ground of recklessness presupposes that I have not been guided by the laid-down regulations.

“I want to state that I have not been reckless in the management of the fiscal operations of the government,” he told the Adhoc Committee on Friday.

“Rather, our strenuous efforts to protect the public purse is what has helped this government to have achieved much, much more than any government over a similar period in virtually all sectors, including education, health, social welfare, policing, security in general, roads, railways, agriculture, industrialisation, tourism, digitization, and funding for anti-corruption institutions,” he said.

Responding to the allegations of breaching some constitutional provisions for not seeking parliamentary approval before expending funds, he said Parliament approved every expenditure undertaken by the Ministry of Finance.

“On all those occasions, I received approval as Parliament subsequently passed Appropriations Bills for all those Budgets.

“Every key expenditure made has been supported by this House.

“Indeed, we all saw the dire consequences when the House, for months, refused to pass a major revenue generation item introduced by this government to support the fiscal stability of the economy,” Mr. Ofori-Atta said.

DISCLAIMER: The Views, Comments, Opinions, Contributions and Statements made by Readers and Contributors on this platform do not necessarily represent the views or policy of Multimedia Group Limited.
Tags:
Censure motion
Finance Minister
Ken Ofori-Atta
Minority in Parliament