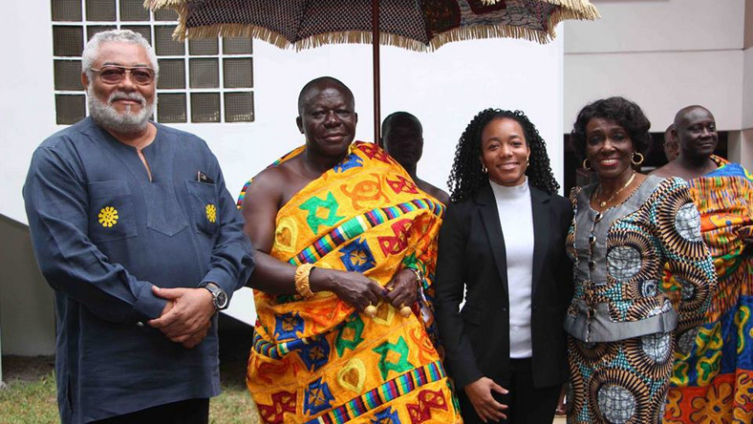 Rawlings and his family are regular visitors to the Otumfuo's palace

Former President Jerry John Rawlings and his wife Nana Konadu Agyeman-Rawlings, have congratulated the Asantehene, Otumfuo Osei Tutu II on the occasion of his 70th birthday.

In a congratulatory message addressed to the Otumfuo on Wednesday, the former First Couple said Otumfuo had served as a unique ambassador for Ghana and Africa, by exhibiting his dexterity as a true diplomat and symbol of the rich culture of Ghana.

Touting Otumfuo’s credentials as a peacemaker, the message said; “You have shown great discernment and understanding of the dynamics of national and global politics and served as a peacemaker where politicians have struggled to tread.”

Former President Rawlings and his wife said; “For the past 21 years that you have been on the throne as Asantehene you have endeared yourself not only to the Ashanti Kingdom but also to the entire country with your wisdom, leadership and calm demeanour.”

Otumfuo Osei Tutu II became the occupant of the Golden Stool in 1999 following the demise of Otumfuo Opoku Ware II.