Reality Zone with Vicky Wireko: 120 bridges to cross in 2021; Thank you, Mr Minister 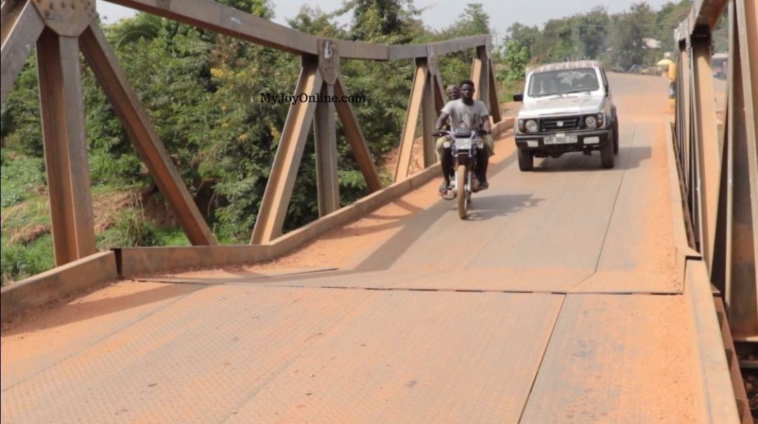 As he mounted the podium to speak and, with much vigour, started challenging his critics who were asking the government to fix roads and bridges, I got tickled.

His gesture and posture said it.  His rhetorical questions made clear the mood he was in.

Bold and emphatic, the Minister of Roads and Highways, Kwasi Amoako-Atta, said his ministry had been busy fixing roads and bridges in the country over the last five years that the NPP government has been in power.

He asked, “Where have they been?” Referring to those asking for roads to be fixed.

At a media briefing to address the concerns of those clamouring for the government to “Fix the country” a fortnight ago, the Minister asked without any equivocation whether those people are strangers in the land.

He asked them where they have been all these five years when his ministry was busy with road construction and the fixing of bridges.

His tone and body language suggested that he was shocked to hear anyone demanding for roads to be fixed as if nothing had been done.

To draw attention to his ministry’s tireless efforts over the last five years, and to, as it were, emphasise the alacrity they have applied to road construction and rehabilitation of bridges, he reiterated that in 2021 alone, the government has earmarked 120 out of the 200 programmed bridges in various parts of the country for completion.

Mr Minister, those asking for roads and bridges to be fixed have been in the country. They never went anywhere, and they are not strangers either.  It is rather more of the problem of not enough visibility given to what has been done or is being done and where.

The misunderstanding stems from a lack of communication or too little of it. It is something one would refer to as – “show me, and I will not forget”.

In PR/Communications, the idea of “show me, rather than tell me” is cardinal. Communities or consumers are very discerning and, most of the time, would be looking to see proof of corporate investment or efforts to better their lives rather than telling them what has been done.

Remember the saying that seeing is believing? That is carried over as one of the strong pillars in PR, and hence corporates commit a percentage of their net proceeds of the sale (NPS) to do visible good in communities.

That is what is commonly referred to as Corporate Social Responsibility (CSR). They are visible sustainable investments left as legacies for communities.  More often than not, the benefactors would make public their contributions.

The other side of the coin is that such visible good or CSR would impact the community. They then tend to empathise with their benefactors and patronise their products and services for their public-spiritedness.

They were asking for “show me rather than tell me”, and you did that beautifully with your slides on that day.

It was a good show to have mounted the platform that weekend to point out to people what has been done and what is yet to be completed in graphical terms.

It was also good news to hear that in your ministry’s plan, 120 bridges are earmarked to be completed in 2021.  A big pat on the back of the Ministry of Roads and Highways.

Bridges are important in national development. They link communities. They facilitate the movement of people, goods and services.  They promote progress and development.

I was in Kumasi a few weeks back and wanted a fast get-away route to my village from traffic-choked Kumasi. I thought of using the Lake Bosomtwe road. I was told, to my disappointment, that the bridge on the Bosomtwe road was broken down.

As I watched you on television the other day, I prayed that that particular bridge is one of the 120 to be fixed in 2021.

So, just as the Pokuase interchange was beautifully shown to the public before election 2020, so must all bridges and roads being constructed be shown to the people with the location, so no one makes a mistake of asking for bridges to be fixed.

We should not wait until another general election begins to dawn before showing pictures of completed roads and bridges.  As the country gets fixed, let the people see them.