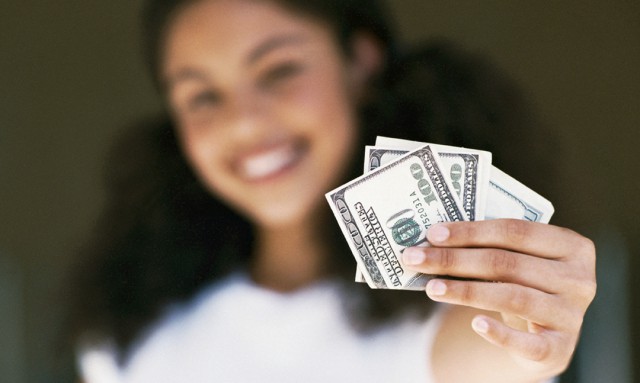 I had just gotten home after a long day at the office. Usually, I’d take a walk from one end of the busy street in my neighbourhood to the other (I do that when I feel a bit bloated).

But this time, I said to myself ‘let’s do it tomorrow’… of course I granted myself permission to stay on my couch and browse before taking my shower.

After spending an hour on that couch on my phone, I finally had that quick shower. I tried not to go into the kitchen, but after a second thought, I said an oatmeal won’t hurt anything! Guess what? I had more than an oatmeal (Bad habit).

I finally settled in bed but while saying a prayer I overheard some guys nearby.

I couldn’t tell what it was about but I knew they’ll be gone in no time so I continued with my thoughts half-attentive because the voices kept rising.

Then one comment hit me from behind the window where they had gathered.

“It’s their fault! They are never content with what we do for them and so it serves her right.”

Another one responded; “As for women, I don’t know what they want but I think the men are partly to be blamed and Suicide, in this case, shouldn’t be an option.”

One of them also retorted in the Twi language, “Moesha ade3 nu 3ny3 normal,” to wit, what’s happening with Moesha isn’t normal.

I think a car honked at them because all of a sudden, one of them started yelling at the driver asking if he couldn’t navigate well.

Typical of some drivers he clapped back asking them to leave the road and ‘get something profitable to do with their lives’.

They told the driver a piece of their mind even and he eventually drove off.

From there, their tone also dissipated into the distance as they took their debate to another location, or perhaps to bed, I guess.

But their debate seems to have continued louder in my head.

The few minutes’ conversation the guys had took me back to other opinions shared by various people I meet.

What is the problem really? Is there a problem at all? What’s the cause of this problem?

Clearly, I don’t have answers and definitely don’t know where to start from.

But let me attempt to connect some dots in what I chose to call today’s ‘Vagina, Sex, Men and Money confusion’!

I was on an assignment, as an entertainment journalist.

At The Multimedia Group, my job is to generate compelling content for all platforms. Content of course that will educate, inform, impact and most importantly entertain our audience.

So it was one of those plush events that had most showbiz industry players in attendance.

It was a Friday night and I jumped into the office car right after my segment on JoyNews Prime to the location at East Airport.

I got there a bit late so quickly I fearlessly walked around spotting faces I know and having all the conversation I needed to have on camera and later took my seat on a table with three ladies, while my camera technician took shots of the event.

On the table I decided to take my mask off and drink water, I slipped the mask back on and continued to mind my business when one of the ladies moved onto the seat close to me and said ‘hello’.

I smiled and said, “Hey, you are back”. In my mind, I said, “Oh Lord don’t let her ask me for an interview.” I said that because of past experiences on the field like Stonebwoy’s Ashiaman To Da World, Sarkodie’s Rapperholic concerts, Samini’s Festivals and Shatta Wale’s concerts.

Normally diehard fans would walk up to you and ask that you interview them and when you don’t, they get angry.

That was why I prayed she doesn’t ask for one. Thankfully, she didn’t. She was only asking if I knew the organizer of the event very well as she saw me interviewing him. “Yes please,” I responded.

She came a bit closer, maybe because of the loud music and whispered that I help introduce her to him as my friend.

I said to her “I thought he invited you?” I asked because the event was strictly by invitation but apparently she was invited by a friend.

I asked her, “so I introduce you then what?” I quizzed again.

Surprisingly the lady dragged me outside, and said to me, “why are you acting like you don’t know what I’m talking about? The guy is rich everyone will kill to have his number. It’s not easy in Ghana oo, you have to make wild and feed yourself and family.”

At this point, I knew exactly what she meant but I had to pretend and see how this story ends so I asked why she won’t just go ahead and work for that money.

She said “oh you don’t want to know! If a degree holder like me can be asked that I have sex before getting the job, why not f*#k them instead of working? Look I don’t want to go into detail but you know what I’m talking about. Today I’m fully aware that all these men want, is sex and I will give it to them for the money.”

She continued, “Sister it’s not easy oo, I have to pay rent, other bills and take care of my family so I make wild,” she added.

Before I said anything my camera guy shouted my name, so I told her to hold that thought. We’ll continue after my interview.

After an hour of moving around conducting interviews, while alerting the organizer of my departure I told him my new friend is requesting his number.

He asked what for and I said I think she needs a little push and she knows he can be of help.

His response was instant; “What has she done for me to get help? I’m not a pastor even some pastors don’t help in this country something must be released for that help.”

In a tired voice, I said to him, “If you’re in a position to help the young lady I think you should help.”

She doesn’t have to give you anything or do anything before you help. He smiled and said ok “Osofo Maame Becky, I hear you.”

I gave his card to the lady on my way out and that was the end.

I got to the office and while loading my visuals at about 2:00 am, I couldn’t help but think about the whole incident.

Whose fault is it? Women for not being content and cutting their coats according to their cloth or men who won’t look beyond the vagina and just help when they have to.

Or is money actually the root of all evil? I am confused.

If you can share your thoughts I’m sure I will eventually connect some dots.

DISCLAIMER: The Views, Comments, Opinions, Contributions and Statements made by Readers and Contributors on this platform do not necessarily represent the views or policy of Multimedia Group Limited.
Tags:
Money
Rebecca Tweneboah Darko
Sex
Women