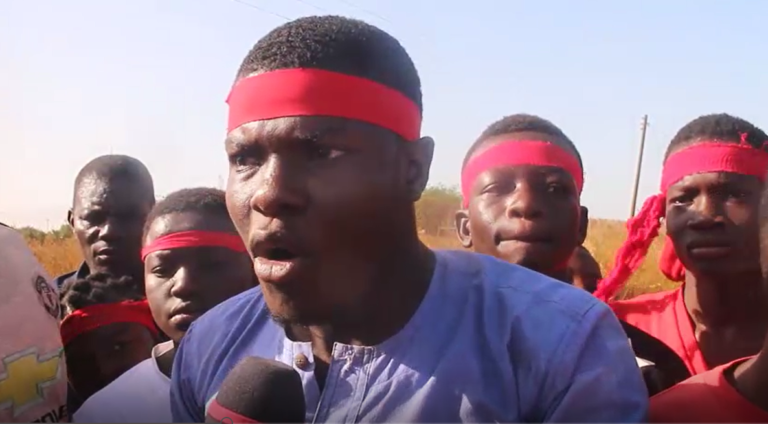 Some residents of Walewale in West Mamprusi have protested against ongoing construction of their township roads.

The residents who came out with red rags tied to their heads demonstrated against the use of what they called “sub-standard” building materials for the construction of roads.

Led by the Assemblyman for the Kukuwazugu electoral area, Seidu Kamal and some opinion leaders, they accused the contracted firm of unnecessary delays and shoddy work.

They also accused the contractor of altering the initial design of the road project and blamed the Municipal Chief Executive, Aremeyaw Somo Lucky for allegedly allowing such shoddy work to go on under his watch.

“We are not happy with the manner in which the road is being constructed. The contractor is not working according to what was agreed upon during earlier meetings.

In an encounter during the protest, residents marched to the road and demanded that the contractors stop ongoing work and pack out their equipment from the road.

The angry residents have called out the NPP Northern Regional Organiser, Salifu Rashid, who’s firm is said to be behind the construction of the roads.

According to them, “the poor construction of roads in the community has impeded movement and caused houses to flood anytime it rains.”

DISCLAIMER: The Views, Comments, Opinions, Contributions and Statements made by Readers and Contributors on this platform do not necessarily represent the views or policy of Multimedia Group Limited.
Tags:
Protest
Road Construction
Walewale