Review of Free SHS constantly on the table – Ken Ofori-Atta 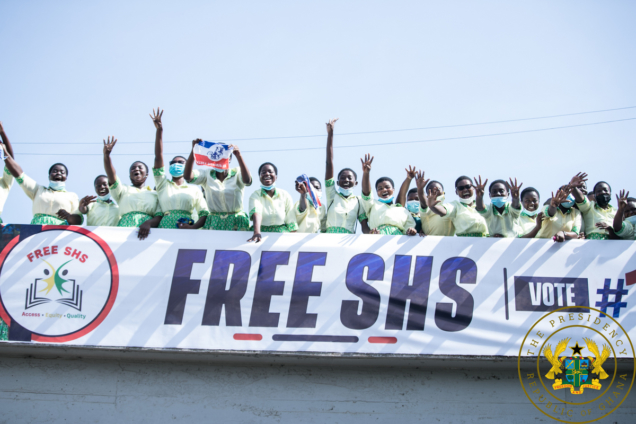 He explains that the Education Minister continues to look at the policy with the aim of understanding how parents can be included in a manner that is not coercive.

“Review is constantly a possibility on the table. And it’s just to make sure that the appropriate education is given and that wastage is eliminated and it goes to give us value for money,” Mr. Ofori-Atta told Joy Business’ George Wiafe in an interview.

The Finance Minister is the second public official to recently make such an admission.

GES Director General Prof Kwasi Opoku Amankwah had earlier made such a pronouncement but later sought to clarify that was not what he intended to communicate.

The Ministry of Finance in a statement earlier this month indicated that the policy will not be suspended despite seeking support from the IMF.

It however noted that the IMF will be concerned about possible lack of finance and the ability of government to sustain its expenditure.

“Free SHS, the School Feeding programme, among others, are good social intervention programmes and it is the lack of financing and unsustainable debt burdens that could constrain a government’s ability to maintain its level of spending, including social or investment spending.

“In our situation, the IMF may ask Ghana to consider curtailing lower priority or non- productive spending (such as “white elephant” projects) as part of its fiscal adjustment but to preserve priority social spending, including on health and education.” the statement said on Thursday.

Mr. Ofori Atta on the business edition of PM express explained what the constant review will be seeking to achieve.

“We have maybe scholarship schemes that maybe you have to prove that you need a scholarship. We can get very sophisticated about that to ensure that you draw in parents in a way that is not coercive but never compromising on a citizen who is less than 18 years is able to get education.”

DISCLAIMER: The Views, Comments, Opinions, Contributions and Statements made by Readers and Contributors on this platform do not necessarily represent the views or policy of Multimedia Group Limited.
Tags:
Finance Minister
Free SHS