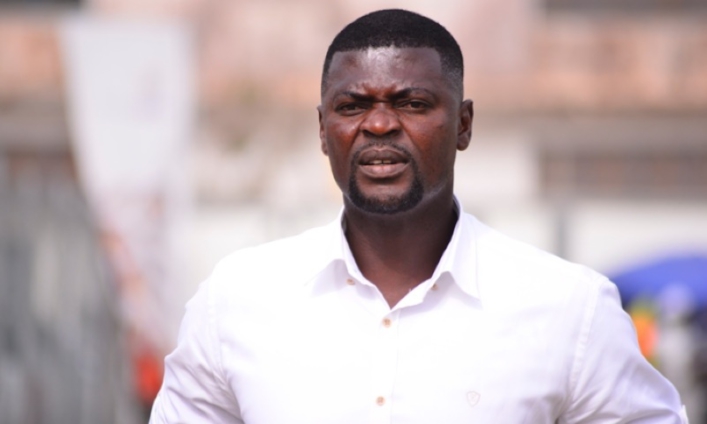 The former Medeama SC coach signed a three and half year deal with the Phobians and will reportedly pocket $2,500 as monthly salary.

It is also reported that he received GHS 70,000 as enticement fee in a bid to woo him from Medeama, a club he twice came close to winning the league with.

Boadu comes in to replace interim coach Samuel Nii Noi who stepped up to coach the side after the resignation of Kosta Papic.

Nii Noi picked up two wins and a draw in his three games in charge laying a good foundation for Boadu to impose himself unto the team.

The immediate task for the new coach is to close the four point gap between the Accra-based club and table toppers Karela United.

It’s been more than 11 years since Hearts last won the league and Boadu will be hoping he can end that drought.

The new coach has in his ranks newly signed Salifu Ibrahim who has won the most Man of the Match awards in the league this season.

Up next for Boadu and Hearts is a tricky home tie against ninth placed WAFA.

DISCLAIMER: The Views, Comments, Opinions, Contributions and Statements made by Readers and Contributors on this platform do not necessarily represent the views or policy of Multimedia Group Limited.
Tags:
Kosta Papic
Medeama
Samuel Boadu