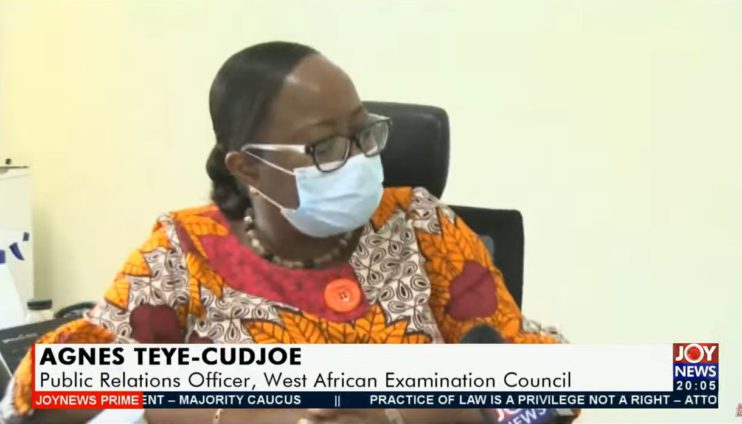 The West African Examination Council (WAEC) says the establishment of a second examination body cannot be an antidote for examination malpractices and leakage of questions in the country.

“Breaking the monopoly is easier said than done. Bringing in a second body has its own challenges,” Head of Public Affairs, WAEC National Office, Agnes Teye-Cudjoe said at a press conference in response to Africa Education Watch (Eduwatch) 2021 WASSCE Ghana Monitoring Report.

The report claimed that 55 per cent of WAEC questions at the recent West African Senior Secondary Certificate Examination (WASSCE) leaked while 45 per cent of the examination papers were fake.

Mrs Teye-Cudjoe said the issue of a second body ought to be looked at again as it had its own challenges.

“We have had other countries that had other examining bodies and you need to find out the kind of challenges they are going through,” she stated and insisted that WAEC had what it needed to achieve its mandate considering digitisation.

“This will include; retooling the Council’s serialisation, use of parallel tests, and making use of variable data printing among others.”

She said the Council was determined to be a world-class institution and welcomed support from stakeholders.