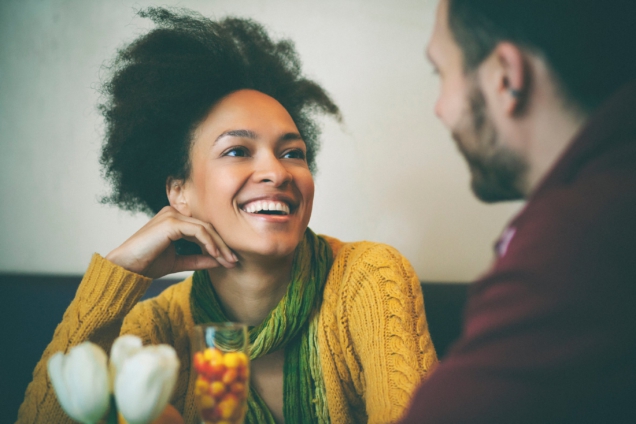 I met my husband’s best friend for the first time on our wedding day. We had exchanged a few pleasantries then. But after almost a year, Vikram (name changed) and I started texting.

Not for anything else but I was playing Cupid for him. I never thought things would take such a turn eventually.

How I connected with my Husband’s Best Friend…

One day, during one of our rare trunk calls, my husband said, “Hey, you remember Vikram? He had come to our wedding. He is now looking for a girl.”

A friend of mine, Tuheena (name changed), wanted to marry someone like my husband – an army officer. She is rational, compassionate, sensible and not to miss, pretty. I thought I might be able to help her.

My husband was posted far away, a place where his wife’s warmth or voice could not reach him. His best friend, meanwhile, took a prime slot on my WhatsApp list, only second to my husband’s pinned chat that had been inactive for a while now.

I shared Vikram’s details with my friend

Vikram is as macho as it can get. Anybody would fall for him. Tuheena did. Playing Cupid, I spoke to Vikram about Tuheena as well.

Vikram, a shy fellow, confessed he found Tuheena beautiful but said, “I’ll have to run the proposal through my family first.”

I couldn’t have been happier. Things were looking good. Two of my acquaintances could possibly become soul mates.

I could by then, see a halo around my head when I saw myself in the mirror. Did I really dream of sex with my husband’s best friend? Never!

We kept talking about the marriage

By then, Vikram and I got talking. A lot. Almost all waking hours. We discussed movies, each other’s likes and dislikes and even started sending a few photos to each other.

Three months ago, one night, as I waited for Vikram to get back to me about the proposal, I couldn’t help but imagine their married life.

I foresaw their happy times, their comfortable house, gatherings where I’d get to take all the credit for their happiness, the love they would have for each other and the most important of all, their sex life.

In the next few days, it came to a point where all I was doing was imagining the fantastic sex life the gorgeous couple would have.

I kept dreaming about the amazing sex the two will have. It was really strange but I did it.

I placed myself in Tuheena’s place

Before I realised, I started setting myself in place of Tuheena. Vikram’s machismo is intoxicating. Never in my wildest dreams had I thought I would fantasise about an extramarital affair with my husband’s best friend or that I could even be attracted to any other man other than my husband.

I love my husband. He is loving, caring, handsome, and all things sweet. It wasn’t even as if Vikram had the “bad-boy charm” that my attraction stemmed from it.

I couldn’t figure out why I felt the way I did. Maybe it was that my husband was not around, perhaps it was normal, natural even because I was just sex-deprived.

I didn’t know, and honestly, I didn’t also want to know.

So, I continued with this new fantasy while I helped myself in bed every night. Once I was done, happy and satisfied, I would go back to waiting for an answer from Vikram and imagining his happy married life with Tuheena. This went on for days.

How could I stop thinking about anyone sexually?

After a week, my phone beeped at 2 am. It was Vikram, letting me know that he would want to meet Tuheena. I texted Tuheena right then, and she replied instantly.

I fixed their meeting. They met, and it all went well.

Meanwhile, I kept myself busy wondering why I was not feeling jealous, because, in a way, I am helping Tuheena get what I wanted – to be in bed with Vikram.

It was all strange and new to me. Oblivious about my struggle to find answers, Vikram asked me to accompany him to meet his parents and discuss the marriage proposal.

I instantly said, yes. I was feeling exhilarated for the couple, but happier because I will be spending time with Vikram.

And then it happened

Vikram and I met his parents. They were pleased with the proposal and wanted things to materialise as soon as possible.

Quite naturally, I was bestowed with some significant responsibilities that I gladly accepted. Vikram and I started spending more time together to prepare for the wedding. We discussed Tuheena most of the time.

A month later, when it was just Vikram and me at his place, I lost my control. I was looking into his eyes, my gaze so strong and rooted. The gaze went down to his lips.

I craved a kiss so severely that he noticed.

To avoid the embarrassment, I abruptly told Vikram that he would probably have to apply lipstick on his wedding day because his lips had turned dark, thanks to the cigarettes.

My sexual desires betrayed me

He smiled. I smiled too, but I looked at his lips again, and then, without any inhibition, observed his chiselled body. I couldn’t hold my urge any longer, and I kissed him.

To my surprise, after a good 10 seconds, I realised he was kissing me too. This was it for us.

One thing led to another, and we ended up shattering the primary rule of friendship – “Anyone, but not your best friend’s wife, anyone but not your husband’s best friend.”

I was, however, glad that it wasn’t a flippant flourish of just my desires and emotions. It was mutual.

The sex was so satisfying that I didn’t feel an iota of guilt.

When the doorbell rang, Vikram put on his clothes quickly and got to the door. His parents had returned from the Panditji with an auspicious date. Everyone, including me, could not wait for the wedding day, a month from then.

On their wedding, the spirits were high. My husband managed to come and was by his friend’s side while I chose to stay by Tuheena.

The four of us were dressed to kill, and with the smiles on our faces, not even a polygraph test could detect what had happened that day at Vikram’s place. No one ever came to know about my sexual fling with my husband’s best friend.

By six in the morning, all of us were drop-dead tired. The celebration just would not end – some stopped Vikram from entering Tuheena’s room while others could not wait to hit the bed.

I couldn’t understand my own feelings

Lying next to my fast-asleep husband, there I was, wide awake, still thinking only about what would be going on in the newly-wed couple’s bedroom. I couldn’t help sexually fantasising about him.

What was it? I still don’t have an answer. It was not that I was in love with him, or I was looking for an extramarital affair with my husband’s best friend. But something inexplicable happened.

It’s not awkward between us now

Vikram and I continue to share a great rapport. It’s not awkward between us, but we don’t discuss that day either. An unsaid understanding prevailed. Strangely, I also never felt the urge to go back to Vikram for anything.