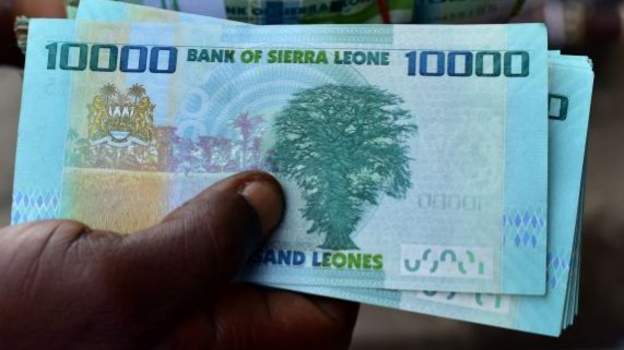 These old 10,000 leone notes are equivalent to 10 new leone bills

Sierra Leone has knocked three zeros off its banknotes with the launch of a new currency.

Coins are also going to be re-introduced.

According to Ibrahim Stevens, deputy governor of the Bank of Sierra Leone, the currency redenomination will not affect the purchasing power of the currency.

But some are afraid their financial situation could worsen.

Many scrambled to change their money into US dollars in the build-up to the official release of the new leones on Friday.

Banks are expected to work till late into Friday evening in order to allow more people to change their cash.

The West African country’s economy is unstable because of rising inflation, foreign exchange fluctuations and a huge dependence on imports.

The prices of food items have more than doubled in the last six months.