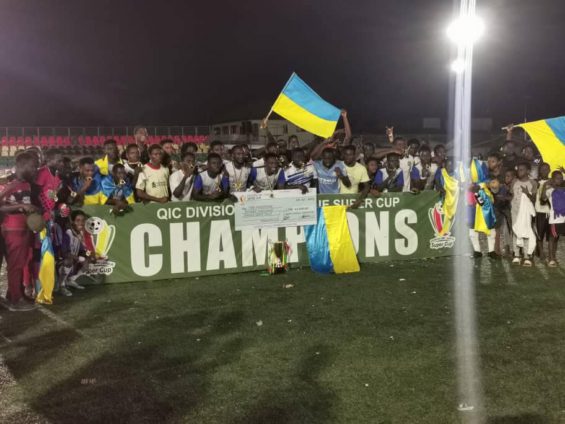 After finishing as the winners for the maiden edition of the Division One League Super Cup, Skyy Football Club were touted as one of the teams to go all the way in terms of promotion to the Ghana Premier League football.

Led by Abdul Malik Mohammed, the Daboase-based outfit were the surprise package in the competition, which served as preparations for the newly-promoted top-flight clubs as well as some of the top finishers in the previous season prior to the commencement of the 2021/22 campaign.

Speaking after the triumph at the Madina Astro Turf last year where they edged out Tema Youth in an epic shootout in the final, the head coach told Joy Sports: “This win will motivate the boys to perform even better than they did here next season. The players wanted to win this so they will believe they are ready to compete at the top. Winning this trophy clears the way for us in Division One for us to reach our destination which is the Premier League.”

However, that target looks like an over-ambitious one judging from the club’s first-round performances in the second-tier league of the country. The club also began their second-round campaign with a goalless game against Wassaman United at home.

Consequently, Skyy FC find themselves fifth on the log after 16 games in Zone II of the Division One League. They are four points outside the top four positions and a staggering 14 points behind league leaders Samartex, who were also involved in the DOL Super Cup.

Malik Mohammed’s team have managed just seven wins from 16 games, losing four and drawing the other five. Despite their inconsistencies in the league, one man who has not slowed down after the Super Cup is Baba Hamadu.

The forward has been an integral member of the team and has been involved in 12 goals (7 goals and 5 assists) in 16 games.

With an identical squad to the team that triumphed in the Super Cup, a lot was expected of Skyy FC. But with 14 games to go, they will need a football miracle to gain promotion.