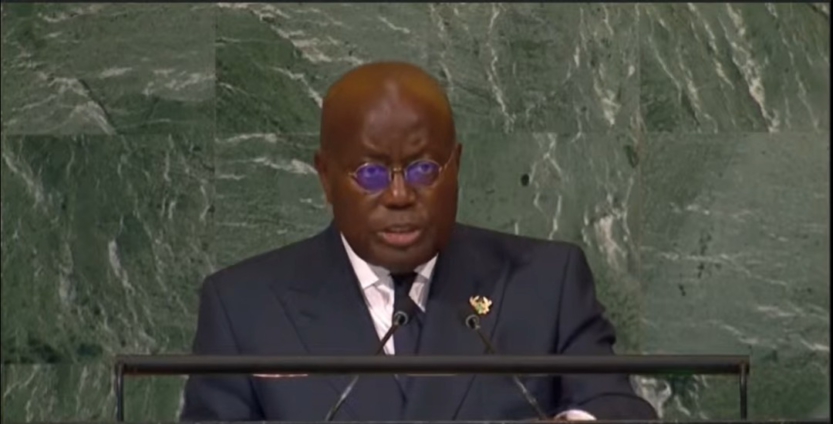 President Akufo-Addo will be addressing the nation this evening at 8.00pm.

His address is expected to announce measures by government to resolve the economic challenges facing Ghanaians.

The President put out this announcement on his Facebook page on Thursday.

The address by the President comes in the wake of recent public agitations about the ailing state of the economy.

The address will be telecast on “GTV and on major television networks across the country”, the post said.

However, ahead of the address, some Ghanaians have laid before the President some expectations.

Among others, the President has been urged to be conciliatory as well as transparent about the current state of the economy in his address.

He is also being advised to cut back on spending and ensure that government ministers travel on economy class tickets for the next three years that the country will be under IMF supervision, and that the President refrain from using private aircraft for foreign trips.

Meanwhile, social media users have reacted in equal measure to the President’s post.

Those sitting at the bench who couldn’t even Fight Cholera thinks they can lead again, Liz Truss thought it was Easy but realized Boris was doing magic and had to resign, you’ve proven to be a leader, who never abandons his subjects in times of hardship. God bless you Sir

You’ve proven to be a leader we can count on, despite the economic hardship due to the Global Crisis, our country is still doing fantastic in Infrastructural developmental sector, God bless you Addo D.

Of what relevance will this address bring to us. Your response is what u gave to us during your tour in kumasi. You are an unmitigated disaster who behaves like a baby in pampers. The only thing is for you to announce your resignation

I will be watching kantata. It’s not about flowery words. After 6 years, your result is clear. Fall down fraaaattt. your own MPs don’t trust your judgment. The man u call excellent, they say he is a failure. And u want me to listen to you? I will watch Elizabeth funeral again. pic.twitter.com/YeCIcH6oWy

Read Revelation 6:6 to understand what is happening in the world. I strongly believe, that Nana Addo and his team were chosen for governance by God’s sovereign for such a time like this to preserve us. We would be dead under NDC by now if they were at the helm of affairs.

The greatest president of my lifetime. So happy I witnessed your greatness. Thank you for giving me so much hope in a president. 👏✅💯👌🏻👏🏼✅💯👌🏻

DISCLAIMER: The Views, Comments, Opinions, Contributions and Statements made by Readers and Contributors on this platform do not necessarily represent the views or policy of Multimedia Group Limited.
Tags:
Akufo-Addo
Social Media