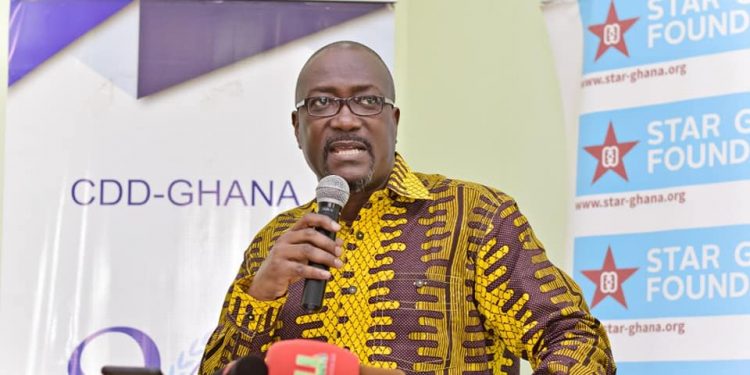 The Executive Director of the Ghana Centre for Democratic Development (CDD-Ghana) wants the Office of the Special Prosecutor (OSP) to initiate a probe into bribery allegations against the immediate past head of the Tema Oil Refinery (TOR).

Prof Henry Kwasi Prempeh says the details provided by the US court, give the OSP a solid basis to commence an investigation into Asante Berko’s scandal to redeem the reputation of the country.

Speaking on Joy News‘ Newsfile show Saturday, he said the development falls within the remits of the OSP, adding that it must be investigated without waiting for an order from the President.

His comments follow a civil suit by the Securities and Exchange Commission in the US citing the ex-Goldman banker Asante Berko for alleged bribery.

The US SEC claims in its lawsuit April 13, 2020, that Mr Berko, a former executive at the Goldman’s London subsidiary, facilitated up to $4.5million to help a Turkish company to win a contract for a power plant.

Mr Berko has fought off the claims describing them as false and subsequently resigned per a statement from the Presidency.

“I have had no contact with Members of Parliament nor officials of Parliament, regarding the approval of this transaction,” Mr Berko wrote in the statement on April 14.

In February 2020, President Akufo-Addo tasked the OSP to conduct an inquiry into Ghanaian public officials said to have been engaged in an Airbus bribery scandal unraveled by courts in the United Kingdom.

Comparing the two cases, the CDD-Ghana boss said the TOR boss’ allegation fits the description and must be treated with the same level of enthusiasm.

“This case follows along the same line as the Airbus deal. Intermediary, government exposed person, Government Official 1, same kinds of structure…So obviously a precedence has been set.

“The OSP has to take notice of this, it is obvious that this falls within his remits. If the first one does, this one does too,” Prof Prempeh added.

He also lamented the seeming “systemic failures” exhibited by some Ghanaian officials in various business transactions on the international front and its propensity to dent the country’s reputation in the future.