A number of tennis greats played in a charity match to take the amount of money raised for the bushfire appeal to over 4m Australian dollars.

The firefighters in attendance were given a lengthy, standing ovation by the crowd, while one joined Nadal on court to play doubles.

“Back home in Canberra, I couldn’t even go outside. It was emotional,” said Kyrgios, who made the first pledge to the appeal.

“I’m so happy we had Roger, Rafa, Novak [Djokovic] – some of the greats to get behind it. We’re doing everything we possibly can to overcome this together.”

A number of players have pledged to donate money for each ace they hit while in Australia, including all those involved in the exhibition match.

Ongoing bushfires in the country have killed at least 28 people and destroyed an estimated 10 million hectares (100,000 sq km) of land.

Australian Open qualifying has also been affected by smoke in Melbourne, with the city’s air quality rated “very poor” on Wednesday.

The two teams for the doubles were:

Kyrgios, representing Team Wozniacki, then played a singles match against Federer for Team Williams, with the Swiss winning 7-6 (7-4). Team Williams were also the overall winners.

American Williams, a 23-time Grand Slam singles champion, said she had taken her daughter, Olympia, to meet the firefighters.

“For 20 years, this has been my home. We’re all here tonight to support and help out,” she added. 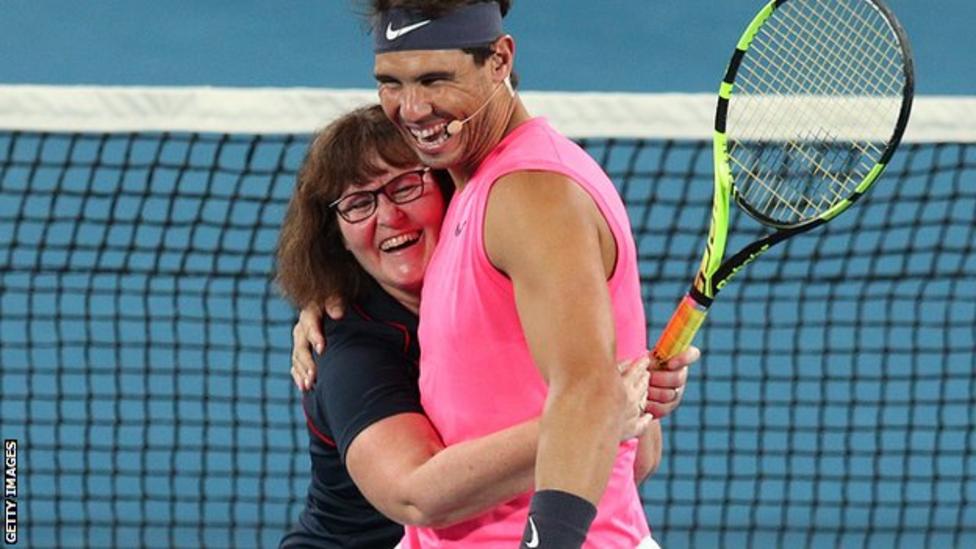 Rafael Nadal teamed up with one of the firefighters 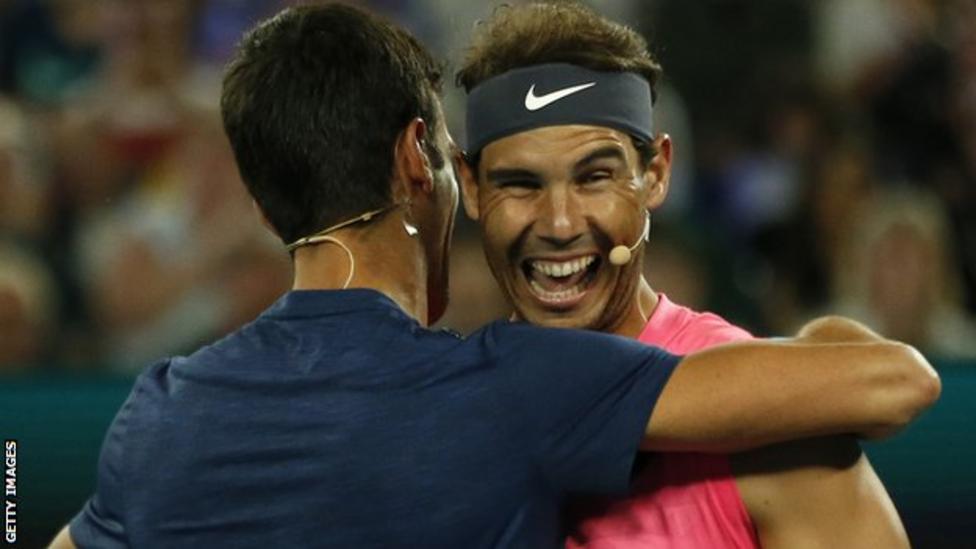 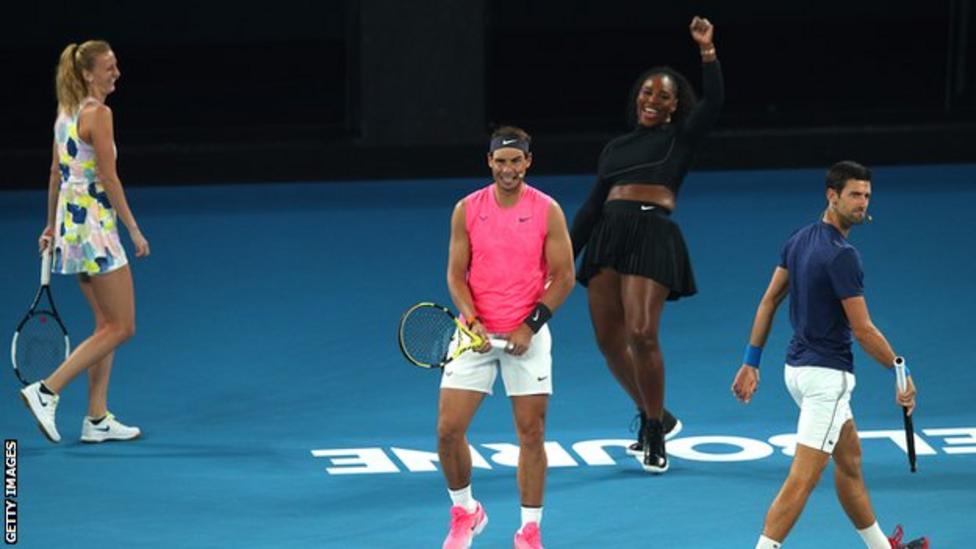 Team Williams were the eventual victors 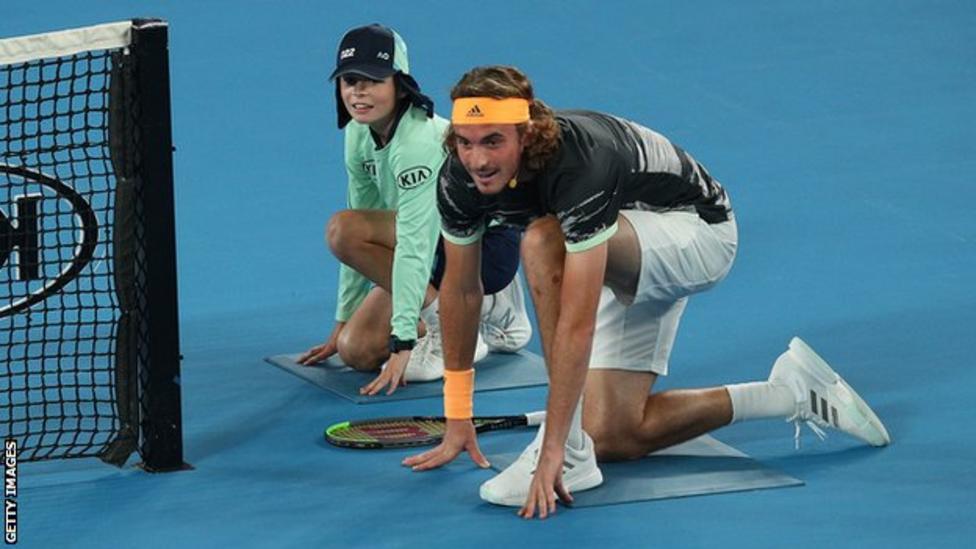 Stefanos Tsitsipas stood in as a ball boy 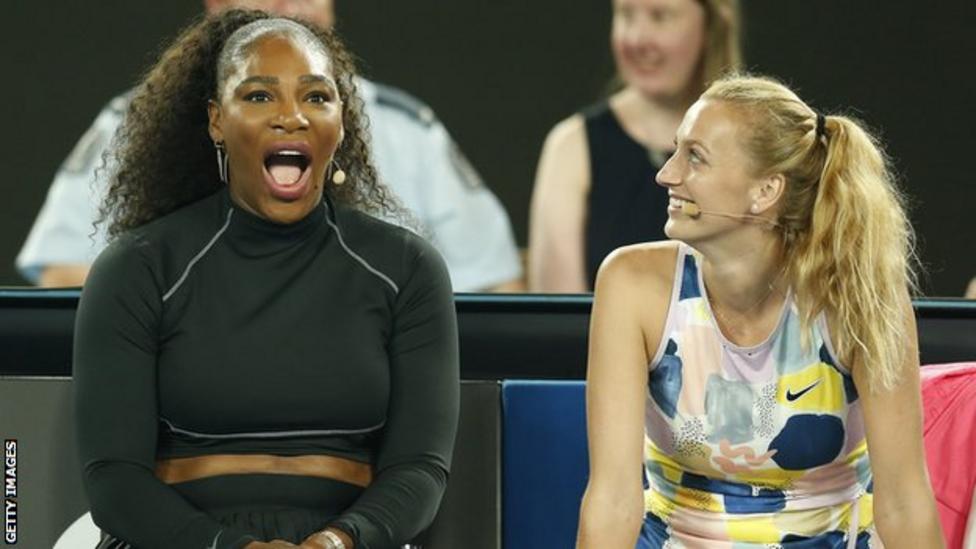 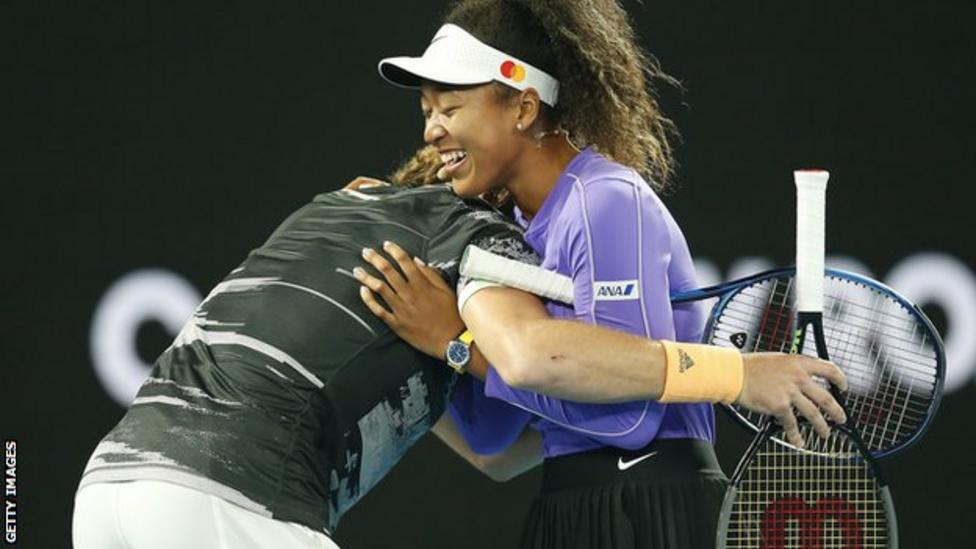 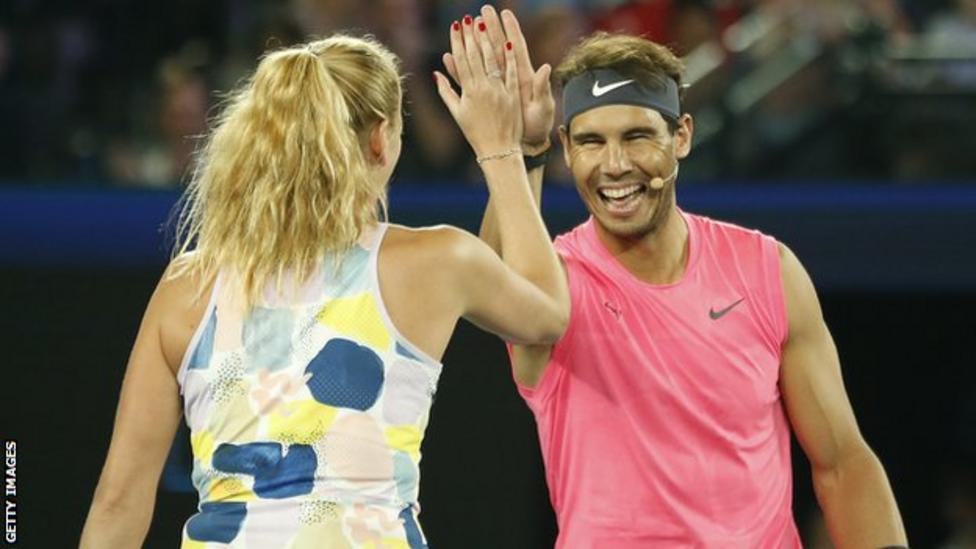