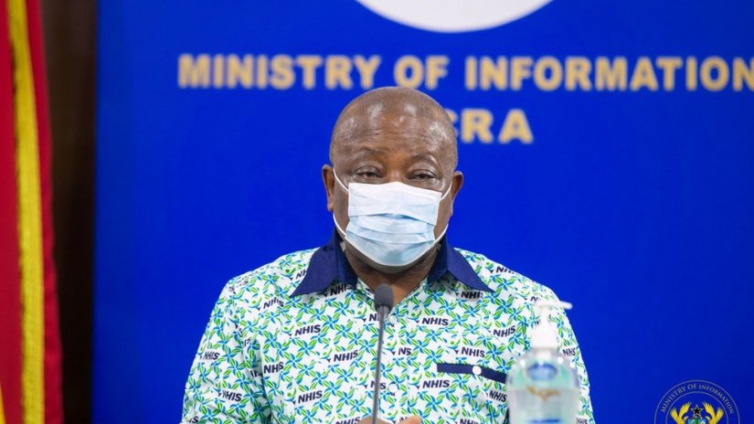 The Health Minister says businessman Sheikh Ahmed Dalmook Al Maktoum, who has terminated a contract with the government of Ghana to supply Sputnik V vaccines, initially demanded about three times the ex-factory price per dose during negotiations.

Addressing the Parliamentary Committee investigating the contracts, Kwaku Agyemang Manu, stated that the vender had first demanded between $28 and $38 per dose insisting he could not sell the vaccine to Ghana at the ex factory price of $10.

This according to Mr. Agyemang Manu was “because he was paying for transportation, and paying for other commodities that will be used for vaccination. Commodities like needles and syringes, and when he puts all that together he couldn’t charge $10.”

“Honestly, when we started the negotiation he was talking between $28 and $38. I can’t remember the exact figures, but we ought to explain that. So, we actually engaged to the extent that we agreed on the $19,” he said.

On Wednesday, March 3, 2021, government signed a purchase contract for 3.4 million doses of the vaccine after it received an initial 15,000 doses from Sheikh Al Maktoum.

But the Minority in Parliament attacked the government for purchasing the newly developed vaccine at an ‘outrageous’ amount when the manufacturers are charging $10 per dose.

Their criticism came on the back of an investigation by a Norwegian newspaper, VG demanding answers as to why government was buying the vaccines at the $19 price per dose despite global competitive prices hovering around $10.

The paper also alleged that one of the intermediaries negotiating the deal is wanted by Norwegian Police for alleged financial crimes.

In view of this, the Minority claimed that government was being ripped off, thus, called for a thorough investigation into the matter.

Appearing before the Parliamentary Committee investigating the contracts, the Health Minister explained that even after agreeing on $19 per dose, he was not comfortable paying such an amount hence they adjourned the meeting to consult further with their respective teams.

However, Sheikh Ahmed Dalmook Al Maktoum after the meeting claimed he wanted to withdraw from the negotiations, Mr Manu said.

“At the time, we were caught in our second wave situation, so it was like my situation to look for vaccines to protect Ghanaians, at the time when we were dying in bigger numbers than the previous year, was heightened. So, my enthusiasm was to try to find vaccines at all cost and that is what pushed me to accept the $19 price.”

Mr. Agyemang Manu said he was frustrated over the inability to get the vaccines after letters to the Russian Foreign Minister and Russian Trade Minister were not answered.

Reading parts of the letter, he said “we made several efforts to get to the manufacturer and we were not succeeding. Then, we got information that the manufacturer’s products were all being off loaded to the Russian Development and Investment Fund. They were rather selling the vaccines on behalf of the manufacturer in Russia.”

He stated that many people had come to the Ministry informing him and his team of their capacity to link Ghana to the right sources to buy the vaccine, but, none of them yielded any positive result.

“Out of frustration and my enthusiasm, to find the vaccines, we had to write to the Ministry of Foreign Affairs to link us to that Russia institution so that we can do direct bilateral procurement from the right source,” he stressed.

Mr Manu said the businessman wrote to his outfit on Wednesday to terminate the contract.

He revealed that Sheikh Maktoum’s reason for the decision was because he “is struggling to raise vaccines.”

Despite the total supply of 20,000 doses of the Sputnik vaccines to the country, the Health Minister said no money has been paid to the suppliers.

But he added that government will take necessary measures to settle the earlier 20,000 doses that the country has received from the company.

He further added that the second contract with another intermediary firm S. L. Global is also under review.

“We still haven’t issued and credit letter to S. L. Global. Although the contract exists, because of the scarcity (of Sputnik V), the company is also given indications that they will not be able to supply. So we are still engaging them,” he said.