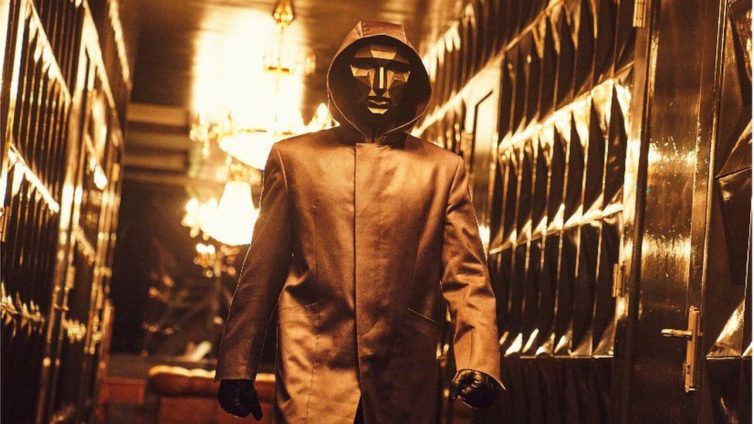 The Korean thriller, which tells the story of debt-ridden people competing for a huge cash prize in a deadly series of children’s games, has become Netflix’s biggest ever series launch – streamed by 111 million users in its first 28 days.

In doing so it knocked Bridgerton off the top spot, making clear that Korean dramas – K-dramas for short – have most certainly been given the green light by audiences worldwide.

So, how can we understand this rise, and what are some of the other K-dramas to look out for if you’re a new convert?

The show joins K-pop artists such as BTS and Blackpink, who have become household names in music, and films like Parasite and Minari, which achieved Hollywood recognition and Oscars success.

But the K-drama takeover is far from the overnight sensation it may first seem.

Although they’ve only recently gripped worldwide audiences, K-dramas have been popular in Asia for decades.

Increasing liberalisation throughout the country in the 90s saw huge amounts of money poured into the entertainment industry. As Japan battled economic decline and China rose, South Korean culture pounced – offering TV that was both more relatable than US shows and morally palatable to Beijing.

Over the next decade it challenged Japanese might to become a new purveyor of Asian cool, with 20% of viewers in Japan watching 2003 drama Winter Sonata.

A 2011 report by the Korean Culture and Information Service concluded: “In many Asian cities, Korean dramas seem to be influencing lifestyles and consumer behaviour, which speaks to their cultural appeal.”

Global interest grew as streaming services like Viki and DramaFever made it possible for viewers to legally watch Korean content online with English subtitles, opening K-dramas up to a new audience over the past decade.

As their grassroots popularity increased, so did distribution deals with Western streaming upstarts Hulu and Netflix. When Warner Bros shut DramaFever in 2018, Netflix began further investment.

Slowly over the next two years, a growing number of subscribers would become hooked on K-dramas, drawn into the varied storylines and comforting escapism.

The word-of-mouth success of 2019 romantic drama Crash Landing on You – which stayed in the top 10 in Japan for 229 days and was the sixth most-watched show on Netflix in the US between March 21 and March 27, 2020 – coincided with the big-screen success of Parasite to spark new-found levels of interest.

Then the pandemic happened, and with the Western entertainment industry (literally) shuttered down, K-drama fever truly hit. Netflix revealed that viewing of Korean content across Asia increased fourfold in 2020 compared with 2019.

London-based writer and K-drama fanatic Taylor-Dior Rumble explains: “Most popular K-dramas are typically ultra stylised, glossy and quite removed from reality, which is why they’re such a great form of escapism.

“After such a bleak few years, people are gravitating more towards heart-warming forms of entertainment,” she says.

There is a “wide range of shows containing plenty of unique ideas and unexpected storylines that you’d probably never get from a British or American channel”, which range from fantasy and sci-fi to action and thriller, Rumble says.

This broad appeal is helped by the family-friendly tone. “There’s practically no nudity or sex,” adds Rumble. “Korean society is quite conservative so this means a lot of their shows hold cross-culture appeal.”

Add in high-end production values and stunning locations, and Rumble says the dramas offer “a rich and pleasurable viewing experience that you simply don’t get enough of anywhere else”.

“As the wealth gap between the rich and poor continues to widen and other inequalities continue to increase, Parasite’s frank exposure of the extremes in Korea resonated with so many people” says Rumble.

Squid Game, she feels, is similarly pointed beneath its bloodied popcorn exterior.

“It tackled a lot of situations, such as debt and the pressures of providing, which was probably somewhat relatable to a world still recovering from a pandemic that has been incredibly difficult for a lot of people.”

Crash Landing on You (for fans of romance)

A tornado, a paragliding misadventure and a love that crosses the divide between North and South Korea… there is a perhaps no better introduction to the weird and wonderful world of small-screen K-dramas.

Yoon Se-ri (Son Ye-jin) is a millionaire K-beauty entrepreneur and pro-paraglider. When she crashes mid-flight after getting caught in a storm, she emerges to find herself stuck in the militarised zone. Fortunately she’s discovered by benevolent North Korean soldier Captain Ri (Hyun Bin).

And so begins a star-crossed love story that’s full of intrigue, political subtext and cute humour.

Vincenzo (for fans of gangster shows)

Vincenzo Cassano (Song Joong-ki) is a lawyer and consigliere for the Italian mafia. After returning to his homeland of Korea, he takes on a corrupt CEO and his henchmen and a flurry of other bad guys, as well as sticking up for local business; dealing justice on both sides of the law.

Oh My Ghost (for fans of weirdly sexy ghost stories)

Soon-ae haunts the Earth as a ghost until she has sex for the first time. In desperation, she seizes the body of an innocent assistant cook named Bong-Sun (Park Bo-young) and attempts to draw her together with her handsome boss Kang Sun-woo (Jo Jung-suk).

Fancy a historical zombie drama about a 17th Century crown prince, Lee Chang (Ju Ji-hoon), who has to fight a mysterious plague of flesh-eating zombies that threaten to overtake his kingdom? If that’s a yes, this is for you.

Expect love triangles, drama that would make the cast of The Bold and the Beautiful blush, and storylines the Kardashians could only dream of.

Park Bo-young stars as Do Bong-soon, a young woman who has a Hulk-like strength passed down through the XX chromosomes of her family.

Despite her best efforts to keep this in check, living a careful mortal life, her secret eventually gets out. Once this happens, she helps to form a crime-fighting team that would give any of the X-Men or Marvel/DC cohort a delightfully nerdy run for their money.