Statistical report is to point to policymakers drivers of inflation for appropriate actions - Government statistician - MyJoyOnline.com 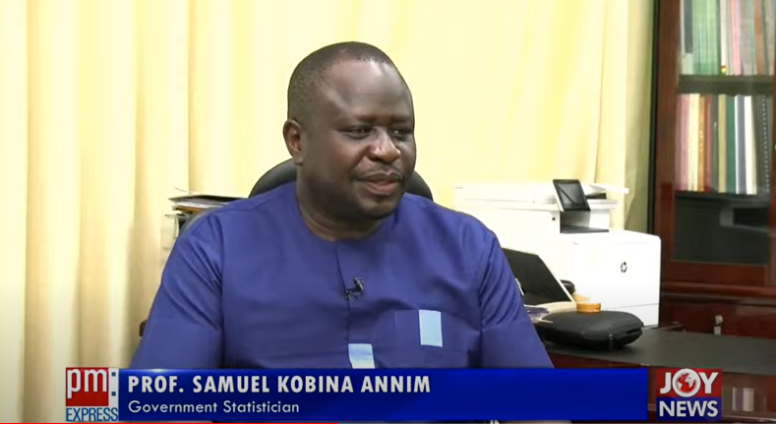 Government Statistician, Professor Samuel Kobina Annim, says the recent data on the country’s inflation rate published by the Ghana Statistical Service is in no way an instructional material for policymakers.

According to him, the report is to help policymakers identify the sources of the factors driving the country’s inflation rate and to help them develop an informed policy.

Speaking on JoyNews’ PM Express Business Edition, the Statistician called for broader conversation on how the data released by the Statistics Service will be able to influence monetary policy and in the process slow down Ghana’s inflation.

He said, “So now we’re telling the policymaker that hitherto, locally produced items had a higher inflation rate than imported inflation, but now we’re seeing imported inflation recording 24.7% and locally produced 20.0%. this is not to tell the policymaker that prioritise imported items relative to local items, because I have gone ahead to mention to you that if you disaggregate the 99 items that saw rates higher than the national average, two-fifths of the 99 items are food items that are produced locally.

In the latest Statistical Service report, it was revealed that surging food prices once again drove inflation for the month of April, 2022 to 23.6%.

All the 15 food subclasses recorded positive month-on-month inflation with Fruit and Vegetable Juices recording the highest (15.3%).

Government Statistician, Professor Samuel Kobina Anim, called on policy makers to address the rising prices of goods and services in the country.

“So there should be further conversation to see the weight to which monetary policy will solve it, the pathways by which monetary policy will solve it, the extent to which we can identify the real sectors i.e the transport, the housing, the food, they all are recording rates higher than the national average of 23.6%. So we cannot just rely on one policy instrument and say that that is going to work,” he said.