Suit against Assin North MP is contempt of Appeals Court; we will resist it - Haruna Iddrisu - MyJoyOnline.com

Suit against Assin North MP is contempt of Appeals Court; we will resist it – Haruna Iddrisu 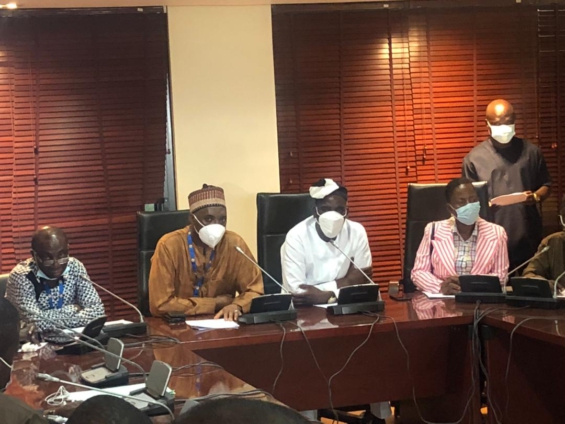 Minority Leader, Haruna Iddrisu, has expressed his reservations about a suit by the Attorney-General against the Assin North MP, James Gyakye Quayson.

Addressing a press conference in Parliament on Thursday, he stated that the suit is an insult to a pending petition before the Appeals Court, and they will resist it.

He said since the Appeals Court is yet to rule on the substantive matter, he does not understand why the New Patriotic Party (NPP) will file another suit, seeking to prevent Mr Quayson from holding himself as an MP.

“Also, an application for a stay of execution of the Cape Coast High Court’s annulment of the Assin North Parliamentary elections, filed by Mr Quayson, is still pending before the Court of Appeal.

“Under the circumstances, the lawful and reasonable thing for the Ghana Police and the ruling New Patriotic Party (NPP) and their surrogates to do is to abide by the decision of the Court of Appeal on these processes as their modicum contribution to the respect for the principles of the rule of law,” Haruna Iddrisu stated.

He added, “Any attempt by the Police to prosecute James Quayson the conclusion or assumption that he was not or not qualified to contest the 2020 parliamentary election pending the final decision by the Supreme Court is only prejudicial of the Court of Appeal and therefore contemptuous of the Court of Appeal, and an obvious disrespect to the rule of law, and the rule to respect an independent arbiter of the judiciary”.

The Minority leader further said that the suit against the Assin North legislator is part of a scheme by government to reduce the Minority’s number in the discussions over the controversial E-levy Bill.

According to him, his outfit will fight the move and maintain its stance against the “insensitive” E-levy Bill.

The governing NPP is praying the Supreme Court to halt NDC MP for Assin North, James Gyekye Quayson, from holding himself as a parliamentarian.

This demand comes amidst discussions on government’s Electronic Transaction Levy (E-levy). The House is expected to debate on the approval of the E-levy Bill today, Tuesday.

According to the NPP’s Director of Elections, Evans Nimako, the party will employ the judicial process to stop the MP from attending Parliament. He also wants the Supreme Court to interpret Article 94 (2A) of the 1992 Constitution.

He argued that a Cape Coast High Court in July 2021, annulled the Assin North Parliamentary elections saying that Mr Quayson was not eligible to contest the polls.

In addition to this, we are also asking the court to injunct the gentleman not to hold himself as such. As we are aware, the High Court in Cape Coast has already given judgement and has given orders to the Electoral Commission to conduct fresh elections in view of the fact that the gentleman was not qualified when he applied to contest on the ticket of the NDC in the said constituency”, he told JoyNews.

An appeal has since been lodged at the Court of Appeal and remains outstanding. A resident of the constituency Michael Ankomah Nimfah who initiated the action against the MP, is seeking the intervention of the Supreme Court.

Meanwhile, Evans Nimako has dispelled claims that the NPP is out to reduce the representation of the Minority Group in Parliament to enable the Majority to pass the E-levy Bill.

“We didn’t start today. It started the very moment the election results were declared, and we went to Cape Coast High Court, and the court gave a ruling. So I’m surprised if that is the argument going around that we seek to reduce the numbers of the NDC.

“We are challenging because there is a court ruling, and we are surprised he is still holding himself as an MP when the court has ordered the opposite. I hope he knows the consequences when you disobey the orders of the High Court”, he explained.