Surviving cancer: Not having my breast will not define me – Stephanie Benson 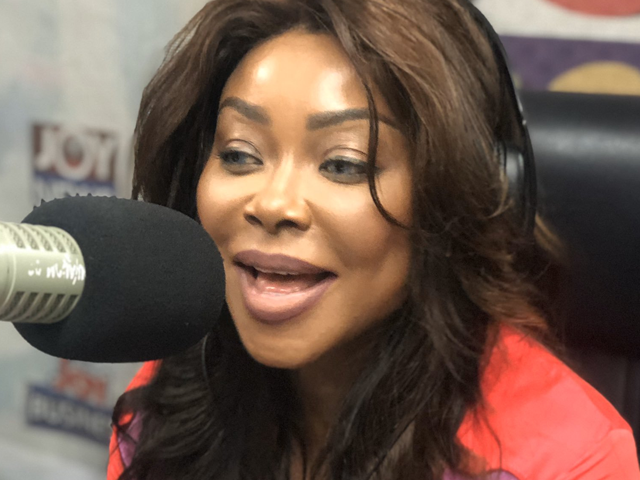 After battling breast cancer in 2015, singer and songwriter Stephanie Benson says she is not willing to let the stigma that comes with losing her breast define her.

Speaking on the Cosmopolitan Mix on Joy FM, Thursday, she said after removing both of her breasts, someone sent her a text to question her choice of clothes.

“You don’t have any breast why are you wearing that outfit,” the texter told her, she claims.

This, she replied to saying, “I can take it I don’t really care but nut somebody can’t take it,” she told host, Mamavi Owusu-Aboagye.

Stephanie Benson recounted how at a meeting with other breast cancer survivors she was asked not to take her clothes off in front of her husband.

“I told her I could take my clothes in front of her I don’t really care about all those things. Not having my breast will not define me,” she added.

The singer stated that losing her breast has not really taken anything from her. She said that she had initially been worried about what her husband would think but he had not been bothered at all.

Stephanie Benson had undergone reconstruction surgery to get new breast for herself.

“I do miss my breast sometimes but I don’t let it linger, as soon as I go ‘aww I really want big breast’ but then I’m rocking these small ones, it made me look young,” she added.

Watch the full interview below:

DISCLAIMER: The Views, Comments, Opinions, Contributions and Statements made by Readers and Contributors on this platform do not necessarily represent the views or policy of Multimedia Group Limited.
Tags:
Breast cancer
Cosmopolitan Mix
Joy FM
Stephanie Benson