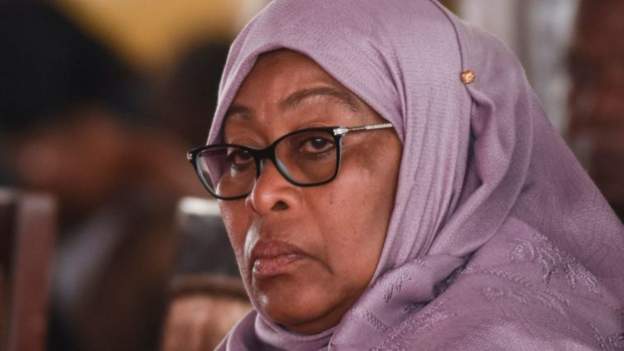 It is a major reversal from the position of her predecessor, the late John Magufuli, who openly encouraged women not to use contraception.

President Samia confronted the country’s baby boom over the weekend while visiting the western region of Geita.

”Yesterday I was told in Buselesele ward in Geita region, one (health) centre produces 1,000 children a month

“Now how many classes will be needed after three years? What of health centres – how many will be needed to serve all these children? How many tonnes of food will be needed? Let’s reduce the speed and have a control on this,” urged the president.

In 2018, while at a rally in the western of Tanzania, former President Magufuli described those who use contraception as lazy.

And in 2016, after the launch of free primary and secondary education in the country, he said: “Women can throw away their contraceptives. Education is now free.”

A 2020 World Bank estimate said that Tanzania’s fertility rate was at 4.8 births per woman. The high birth rate was attributed to early marriages and low contraceptive use.

While it has been falling over the last 30 years, it has not declined as fast as other countries in the region such as Kenya and Ethiopia, World Bank figures suggest.

DISCLAIMER: The Views, Comments, Opinions, Contributions and Statements made by Readers and Contributors on this platform do not necessarily represent the views or policy of Multimedia Group Limited.
Tags:
Samia Suluhu Hassan
Tanzania