Samsung’s Galaxy S10 5G is a phone without a network

But there’s one big problem: there are no 5G networks in the United States for the S10 5G to actually work with, and we’re not sure when that will meaningfully change.

The fact that Samsung didn’t offer a release date or price for the S10 5G is easy to explain. When Samsung sells the S10 5G is wholly dependent on when its carrier partners, and especially Verizon — the phone is exclusive to Verizon to start — have a 5G network that’s ready for it. And as of the S10 5G’s unveiling, there are simply no 5G networks from US carriers that are ready for a phone. In fact, none of the carriers have even announced formal plans or dates when they’ll launch any publicly available 5G products.

That’s why even though the ultra-futuristic Galaxy Fold has a release date, the S10 5G doesn’t yet.

Even though Verizon might argue that it already has a 5G network, it doesn’t have a 5G network for phones. While the company did technically announce its preliminary 5G TF network to replace wired landline internet connections last fall, it’s not compatible with any Verizon mobile 5G devices. (Verizon has actually halted rolling out its home network offering until later in 2019 when the actual 5G standard equipment is ready.)

And as far as that actual, standards-based 5G NR network is concerned, the carrier has announced next to nothing about its plans. 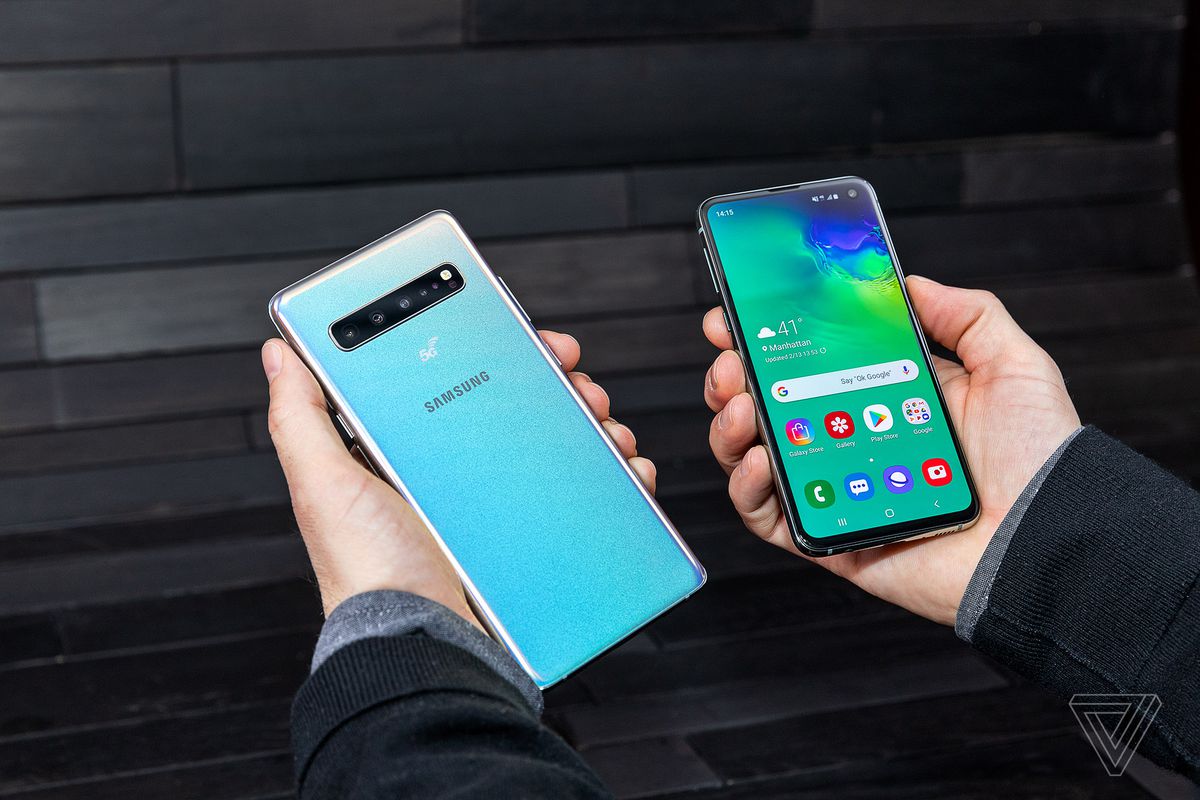 Now, just after Samsung’s announcement of the phone, Verizon did say that it has plans to have its mobile 5G network in at least 30 cities by the end of 2019. But that’s a pretty broad timescale for not a lot of coverage, especially considering that Samsung is promising that the S10 5G will go on sale sometime “in the first half of 2019.”

Hans Vestberg, Verizon’s CEO, suggested in an investor call that the S10 5G is “not too far away,” but also said that “it’s not going to be tomorrow,” either. Not exactly the most encouraging sentiment for Samsung to have coming from its exclusive launch partner. It suggests there won’t be a lot of places where you can actually take advantage of the fastest 5G networks with this phone — which echoes what we heard from carriers in November about how millimetre wave technology will work.

But the S10 5G really highlights the issue with 5G phones in general, one that will only be exacerbated when Mobile World Congress brings even more 5G phone announcements this weekend: none of these networks are really ready. Verizon’s issues are already chronicled above, but its competitors aren’t much better off.

AT&T technically launched its 5G network in a few cities at the end of December, but it’s still working on rolling out coverage. At this point, AT&T only offers a single device (the Nighthawk 5G hotspot) in select regions of 12 cities, assuming you’re specifically selected by AT&T to receive a device and service. It’s much closer to a private beta test than any real, serious launch.

And while T-Mobile and Sprint have talked a lot about their 5G plans and cities, neither company has actually publicly launched a 5G network at all, or even announced a date when they will (although the two carriers are arguing that 5G growth is an important factor in their pending merger.)

It invites the question: why did Samsung show off the S10 5G at all at the event, knowing that none of this is close to ready? If Samsung wanted to show off the future of phones, the Galaxy Fold already served the role far better (and has a promised 5G variant to boot). And without a price or release date, the S10 5G just serves as a distraction from the regular S10 lineup that Samsung is starting to sell in just a few days by promising a faster, better version down the line. If you want to have the latest and greatest phone, buying an S10 is a tough sell knowing that there’s a 5G version on its way in just a few months.

But it’s not as tough a sell now that you know one inconvenient truth: the Galaxy S10 5G is a phone without a network.