The fraud Nyantakyi is alleged to have committed - Exclusive details in state's case - MyJoyOnline.com 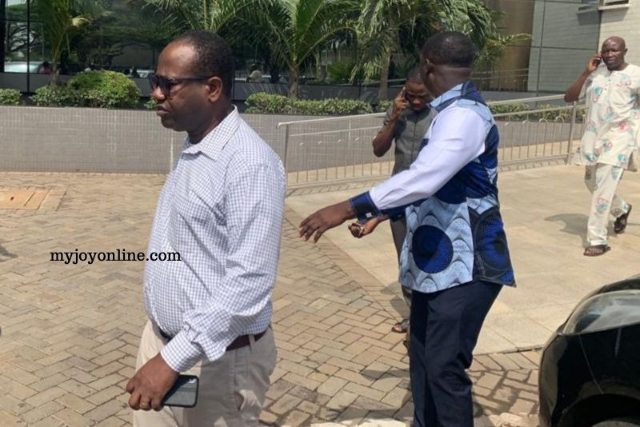 Investigators from this agency are said to have presented themselves to him as a representative of H.H Sheikh Hammad Al Thani, a member of Medgulf Company Ltd.

Prosecutors say the investigators expressed interest in sponsoring the Ghana Premier League and other GFA activities as well as infrastructural construction, oil refinery and banking among others.

Meetings are said to have been held between the Tiger Eye operatives and the accused persons on 7th October 2017 at Jood Palace Hotel in Dubai. The facts of the case continue as follows

“The first accused person presented himself as a powerful person and a potential public officer who could influence the President, Vice President, Minister for Roads and Highways and Minister of Transport of Ghana to promote the business interests of Medgulf in Ghana.

At that meeting, it was agreed between Toger and the accused persons that Medgulf would sponsor the GPL with a total of $15 million for a three year period resulting in the execution of a Memorandum of Understanding (MOU) between Medgulf and a non-existent company named as Namax company that would represent the interests of Medgulf in Ghana.

The MOU was signed by the first accused person describing himself as President of the GFA acting on behalf Namax.

It was further agreed between Tiger and the accused persons that all monies paid by Medgulf would be channelled through Fountain Savings and Loans Limited, a company in which the first accused person held majority shares.

Tiger Eye paid $65,000 to the 1st accused person as inducement for showing Favour to Medgulf as a potential sponsor of the GPL and to provide business opportunities for Medgulf in Ghana.

Tiger Eye also paid for the cost of accommodation and travel expenses of both accused persons to and from Dubai.

The first accused person demanded from Tiger Eye the sum of $12 million to influence the award of contracts to Medgulf in Ghana, to be distributed in the following manner:

Minister for Roads and Highways – $5m

The accused persons made several demands for the payment of $12 million as well as the GPL sponsorship money with the promise to pay Secretary to Medgulf $100,000 per year for 3 years as 10% commission on the sponsorship amount and $20,000 as appearance fee.

Tiger Eye refused to yield to the demands of the accused persons and lodged a complaint with the police.”

Kwesi Nyantakyi is the first accused slapped with charges of conspiracy to commit crime namely fraud, fraud and corruption by a public officer.