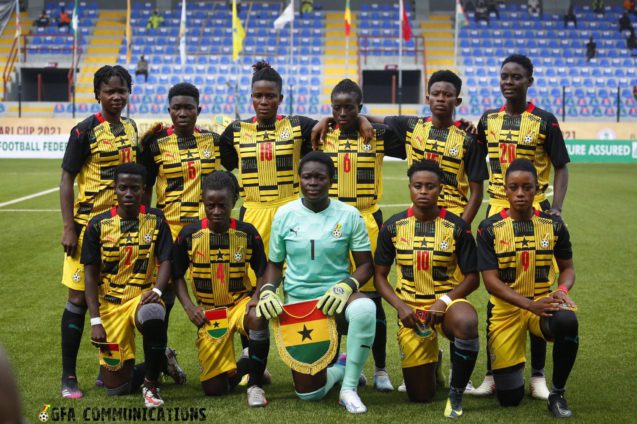 Chairperson of the Ghana Women’s Premier League, Hillary Boaten believes the step forward for women’s football in Ghana, is through intentional efforts to seek its development.

In a discussion on Sports Today on Joy News, Boaten called for the GFA and sports ministry to proactively push for the improvement of women’s football by setting out a development plan for the sport.

This comes during a period where head coach of the Black Queens, Mercy Tagoe, has been outlandish in calling out what can be described as a poor attitude towards women’s football, by stakeholders.

The Black Queens were involved in this year’s edition of the Aisha Buhari Cup, where they were humiliated by South Africa in their opening game. After their final game which ended in a 2-0 victory over Cameroon, Tagoe was brutish in her description of the attitude towards women’s football administration in the country.

“I respect them [Cameroon] so much because they have taken the women’s football to the next level and we all have to look at it and emulate. We are joking, believe you me, we do this today, tomorrow we do that and next time when we are called we think we will get there. When you sleep, others will wake up and do it for you to see,” she said in her post-match presser.

Boaten, who has been chairperson of the GWPL since 2019, believes Ghana has been sluggish in keeping up with the rest of the continent in women’s football development.

“A country like Morocco for example, last year during the time when the pandemic was really rife, unveiled a four-year development plan on charting a future path for the growth of women’s football. That actually came a couple of weeks after CAF had come out with a four-year strategy to raise the standard of women’s football in the continent. And so they quickly rode on that four-year development plan that has been rolled out from CAF and said ‘look we can also do this, why don’t we also come up with a development plan’ gave it a timeline which was last year, up until 2021 and then ensure that their women’s league is developed.

“It’s the same with SA [South Africa], and we’ve seen SA evolve to the point where they’ve gone to Nigeria and beating the Nigerian national team in their backyard. [And] I believe that Ghana should also look development plans for our national league.” Boaten said to Joy Sports.

Hasaacas Ladies emerged champions of the GWPL last season, and will represent Ghana in the maiden edition of the Women’s Champions League to be staged in Cairo.

Meanwhile, the Black Queens will be involved in an AWCON qualifying fixture versus the Falcons of Nigeria next month.