The Referendum - Why YES speaks much to me - MyJoyOnline.com

The Referendum – Why YES speaks much to me 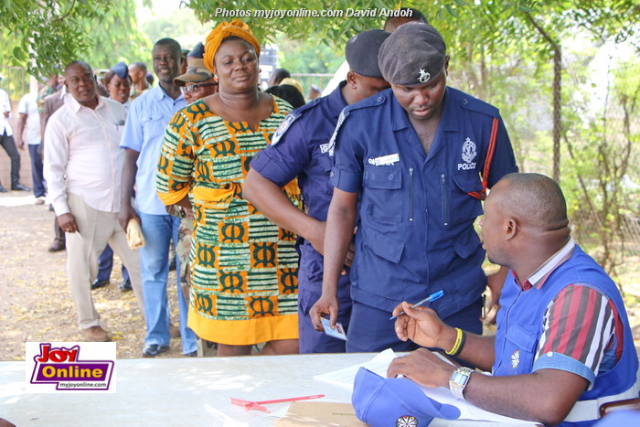 Exactly four weeks ago, a friend and I were talking about the December 17th referendum that has in the past couple of weeks deeply awoken the entire nation from slumber. Before then, there were scanty hints of it in the media but its meaning and benefits to the people and of course our democracy was not too clear.

In our conversation, my friend and I tried to appraise ourselves and understand what the intricacies of the referendum were and how we could be good ambassadors either on our social media platforms or in much smaller groups. What was not lost on us was the fact that the impending referendum was a very critical national assignment that could change the future of our local governance system for the better.

We felt that the development and progress one sees in some other jurisdictions were all emanating from the effectiveness of their decentralised local governance systems. We believed our country was at a critical crossroad that could empower citizens at the district levels and accelerate development.

We had barely thought through our plans to share our thoughts with our small groups when the national discussion on the referendum, popularly referred to as “Yes” or “No” vote or the less familiar colours of “Yellow” or “Brown” took a different dimension. Political parties, some traditional chiefs, religious bodies, civil society organisations and individuals waded fiercely into the discussion. The unavoidable question, therefore, was, “if the referendum was to be held today, were we going to get the required 75 per cent ‘Yes’ votes from the expected eligible 40%registered voters so the country could move on?”

With all the divergent views creeping into the discussion, there is now a seeming uncertainty or confusion in some minds whether to go ‘Yes’ or to turn ‘No’ even though there is now a level of clarity. Education and engagements seem to be intensifying. What is making meaning is that voting ‘Yes’ in the impending referendum is merely saying that one would like for Article 55(3) of the 1992 Constitution to be amended. The amendment will then mean that henceforth, we would have a multi-party local governance system where the people would vote for who should become their local government head at the districts.

Voting ‘No’ however is saying that we should let the status quo remain. It means in effect that there is nothing wrong having our Presidents remaining the sole appointing authority also at the local level. He or she would thus continue to supervise a “winner-takes-all” administration to the exclusion of eligible and capable citizens in nation-building merely because their ideologies are at variance.  Really?

I have always loved how the local government system works particularly in the United Kingdom and the United States of America and perhaps elsewhere where they vote for their mayors and governors who remain independent of the central government. These officials, selected by the people do indeed work for the people. So, whether it is supervising boroughs, districts, counties or councils, theirs is to ensure that the people who voted them into power live in cities, towns and hamlets perpetually beautiful and enjoyable for all citizens.

Ghana needs independent local governments that are true to the word and which would put the people’s taxes to better use. We need local governments who are in constant touch with the people and whose focus would be on developing local economies, create jobs and stem the tide of rural-urban migration.

So, above all, what tickles me most in a ‘Yes’ vote is the simple reason that we would be saying goodbye to a “winner-takes-all” administration in this country. The beauty is that the over-arching power of a President appointing heads of our local governments will cease. The people would be handed over the power to elect who they want to entrust their local economies to irrespective of who is in power.

If we have a leader, a modern-day African President who is ready and willing to spearhead a move for the people to take some part of his powers, what more could the people have asked for? Power to the people is the power to demand greater accountability at the grassroots. It would mean a specific focus on local development. That is how a ‘Yes’ vote at the referendum speaks to me, whether held on 17th December or postponed to a later date. The value will be the same.