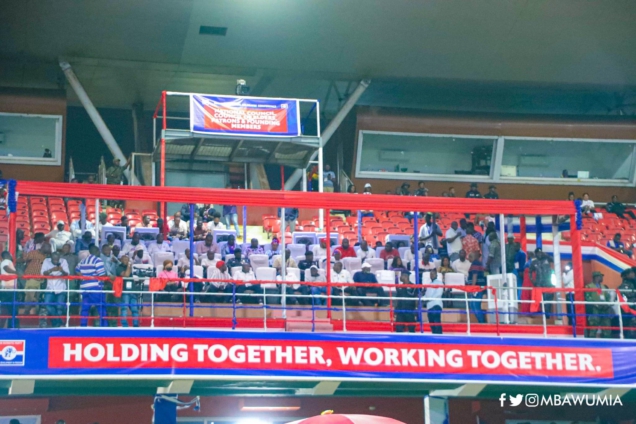 The results of the elections at the National Delegates Conference of the New Patriotic Party (NPP) have left some party supporters and political neutrals excited as eight of the 10 available positions saw fresh inductions.

Only the National Women’s Organizer, won by Kate Gyamfua, and Nasara Coordinator, won by Aziz Maryba Futa, were re-elected.

He has been involved with NPP since 2002 and has been vying for the National Chairman position since 2005.

Speaking on Luv in the Morning on Luv FM, Researcher Eugene Osei-Tutu, stated that Mr. Ntim deserves his victory.

“I think Ntim could’ve won this seat years ago but was unable due to internal party politics,” Osei Tutu said. “His election is bound to bring a change to the party’s functionality, especially since he has over 20 years of experience”.

Mr. Ntim’s election as the party’s National Chairman has left many supporters of the NPP excited and hopeful for the future.

NPP’s executive has also seen an abundance of fresh leadership.

‘JFK’ won by a comfortable margin of 313 votes.

Eugene Osei-Tutu emphasized the importance of JFK’s victory for the party in the Ashanti Region.

“The General Secretary is essentially the Chief Executive Officer (CEO) of the party,” he said. “I am solemnly hoping that ‘JFK’ will follow through on his promises.”

“I’ve encountered ‘JFK’ on a few occasions and understand his vision for the party and the Ashanti region,” David said. “If he can follow up on the various development projects he is planning, then I believe the region is in great hands for the foreseeable future.”

Nana B attained 2,870 votes in comparison to his closest competitor’s 2,274 votes.

The individual and collective victories of JFK and Nana have filled the hearts of NPP supporters in the Ashanti Region with much-needed faith and political excitement.

Eugene Osei-Tutu strongly believes this is the best political position the Ashanti Region has been in over the last few years.

“We have two young and thoughtful leaders in considerable political positions as a result of this election,” he said. “It’s about time the Ashanti Region received the attention and care it truly needs.”

Eugene noted that these elections bring with them a promise for a brighter future for the Ashanti Region and Ghana as a whole.

He added the election showed the uprising of youth involvement in politics.

“For too long we have been retaining leaders who don’t understand the people they lead,” he said. “The average age of Ghana is 21.5 years whereas the average age of influential political leaders surpasses 70.”

Eugene observed the youth have the biggest influence in large-scale elections as long as they are compelled to vote.

“I’m excited about this new leadership as they have influence over the youth…they are able to get them out of the house and in the voting booths,” he said. “I think the future is going to be better for Ghana, it must be.”

The talking point of the conference was the NPP’s election of executives.

With over 6,000 delegates in attendance from all over the country and 40 candidates bidding for 10 administrative positions, the conference titled ‘Holding Together, Working Together’ followed the theme of unity.

DISCLAIMER: The Views, Comments, Opinions, Contributions and Statements made by Readers and Contributors on this platform do not necessarily represent the views or policy of Multimedia Group Limited.
Tags:
NPP Delegates Conference
Youth