Traders were not forced to embark on protest – GUTA President 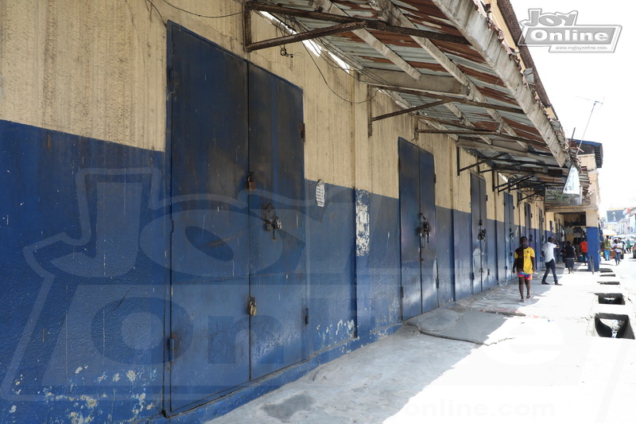 President of the Ghana Union of Traders Association (GUTA), Dr. Joseph Obeng, says contrary to popular belief, the shutdown of shops by traders at the Makola market and other major markets across the country was not enforced by GUTA.

He stated that even though GUTA had thrown its full support behind the action, the protest was embarked on by the traders from their own free will.

Speaking on JoyNews’ PM Express, he said the first day of protest went very well and is hopeful the distress of the traders and demands of the traders will be heeded to by the government.

“It went very well, because this is something that the people are doing from their own free will, it is not something that leadership is imposing on them. So for the mass of the people to have expressed their willingness to stop working and then express their sentiment to government and the powers that be, then of course we’ll say that they’ve done a yeoman’s work for this sacrifice.

“So we do not have control over them. Whatever it is they know why they decided to do it so that the effect will be felt and then government will come to their rescue,” he said.

Members of the Ghana Union of Traders Association (GUTA), have closed their shops until Monday, October 24 in protest of the high cost of doing business in recent times.

They also insist that the continuous plummeting of the Ghanaian Cedi on the forex market and the high inflation rate have eroded their capital and exacerbated their plight.

GUTA wants this action to be a “pinch” on government to urgently address their concerns.

The shop closures come against pleas by members of the Council of State on Tuesday, October 18 for the traders to rescind their decision.

DISCLAIMER: The Views, Comments, Opinions, Contributions and Statements made by Readers and Contributors on this platform do not necessarily represent the views or policy of Multimedia Group Limited.
Tags:
Dr. Joseph Obeng
GUTA