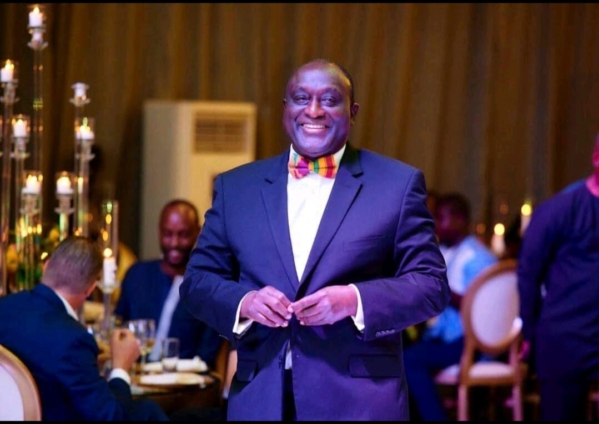 The Trade and Industry Minister Alan Kyerematen has commended the Ghana Free Zones Authority (GFZA) for its historic achievements at the third  annual investment week.

Mr Kyerematen called on investors to make full use of the AfCFTA To create more jobs and increase exports of locally produced goods.

Making a case for AfCFTA on industrialisation in Africa, the Trade and Industry Minister cited the ease with which goods and services can be exchanged between member counties under the AfCTA protocol.

“The theme for the Investment Week celebration calls for championing export-led industrial growth; in the context of AfCFTA and World Trade. The Africa Continental Free Trade Agreement (AfCFTA) provides an opportunity for Ghana to increase its exports to other African countries through the creation of a single market, thus boosting intra-African trade. The AfCFTA is tasked to implement protocols to eliminate trade barriers and cooperate with member states on investment and competition policies, intellectual property rights, settlement of disputes and other trade-liberating strategies”, Hon. Alan Kyerematen told the investors.

He added, “There is therefore the need to promote exports as a nation now more than ever before. As a country, we have enough local capacity couple with abundant resource endowment to produce our basic needs, as well as have enough to export for foreign exchange. Government agencies such as the Ghana Free Zones Authority will have to provide support to the private sector to among others, expand their productive capacity across all relevant value chains within the economy. This will not only promote exports, but greatly encourage value addition for import substitution.

“It is expected that through increased focus on the concept of Free Zones and Special Economic Zones, job creation will become one of the major benefits that the private sector will offer.

“As we are all aware, enterprises that operate under the Free Zones and Special Economic Zones have capacity to generate significant employment opportunities,” he said.

The Free Zones Authority has since created avenues for multiple goods and services to be exchanged between member counties as part of Africa’s industrialisation and exportation project.

Mr Kyerematen has been credited as the brain behind the formation of Africa Free Continental Trade Area (AfCFTA) among a number of industrial driven platforms.

DISCLAIMER: The Views, Comments, Opinions, Contributions and Statements made by Readers and Contributors on this platform do not necessarily represent the views or policy of Multimedia Group Limited.
Tags:
Alan Kyerematen
Ghana Free Zones Authority
Industrialisation